Australia urged to engage with China in the Indo-Pacific 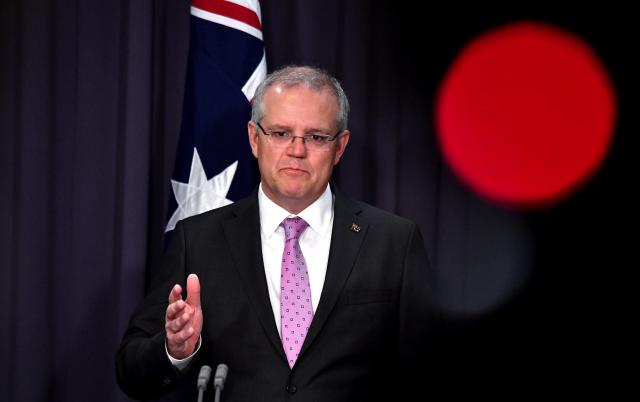 SHANGHAI, 05 NOVEMBER 2018 (THE FINANCIAL REVIEW) – Australia has been urged to work with China in the Indo-Pacific rather than seek to contain Beijing and side with a hostile United States.

Two prominent Chinese academics said over the weekend that Beijing would not ask Australia to take sides despite trade hostilities with the U.S but said Canberra should be open-minded about co-operating with Beijing in the region alongside Japan and India as its relationship with those powers improved.

“China does not think the Pacific is anybody’s backyard,” said Chen Hong, director of the Australian Studies Centre at Shanghai’s East China Normal University. “China is not rejecting any country from coming to its neighbouring areas but feels displeased when its projects in the Pacific have been accused of threatening Australia’s interests.

While China has raised concerns about the revived four-way dialogue between Australia, Japan, India and the United States, Professor Chen said the countries should work together rather than seek to contain China. “A number of people in China, including me, have been arguing that instead of rejecting this idea … we can embrace it.”

Australia’s role in the Indo-Pacific was the subject of a Foundation for Australian Studies in China conference in the central Chinese province of Sichuan over the weekend.

Another speaker, Han Feng of the Chinese Academy of Social Sciences, also urged Australia to work together with China within the existing regional co-operation. However, he said while relations had thawed there was unlikely to be a significant improvement until after next year’s election when domestic politics had stabilised.

“I don’t think the bilateral relationship will have a significant improvement before the election,” Professor Han said. “Even if Labor take control it is very hard for the two countries to get back to where they were.”

In his first major foreign policy address as Prime Minister, Scott Morrison said last week Australia wanted to strengthen engagement with the Pacific and expressed confidence about not jeopardising relations with either China or the US despite trade frictions.

A four-way dialogue between Australia, Japan, India and the United States, was revised last year amid increasing concern over China’s more assertive actions in the South China Sea and its ambitions for the Belt and Road infrastructure plan. The Quadrilateral Security Dialogue was first set up more than a decade ago and is seen as a strategy to counter China’s rising influence.

How Australia manages its relationship with Beijing over the Pacific, where China, under President Xi Jinping, has been increasing aid to small island nations and funding infrastructure projects, is seen as a key test for the bilateral relationship.

Professor Chen said China did not want to create enemies at a time when the U.S was embarking on a trade war and said there were signs the Morrison government wanted to improve ties.
PNG base

“Of course China needs a more friendly environment against the background of the US-china trade war,” he said. “China doesn’t want enemies. I don’t think Scott Morrison is going to make an enemy of China. The most important thing of course is the general election next year so if the bilateral relationship deteriorates that is not looking good for him.”

Morrison confirmed last week Australia would build a naval base in Papua New Guinea but says the move was the result of the relationship with Port Moresby rather than being driven by fear of Chinese influence. Australia’s Trade Minister Simon Birmingham arrived in China on Sunday.

The hawkish Global Times newspaper said on Friday it welcomed efforts by Australia to improve the relationship but said Canberra had also emphasised its alliance with the U.S.

“China can’t force Australia to loosen its alliance with the U. S but we have the right to ask Australia not to harm China’s interests just because Australia is an ally of the U.S.