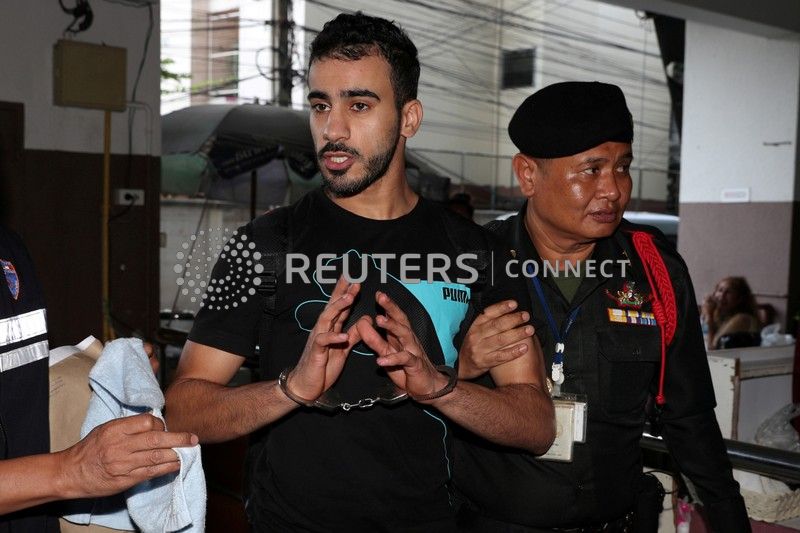 DUBAI (Reuters) – The head of the Australian football players union wants the sport’s regional governing body to help secure the release of a Bahraini refugee footballer arrested in Thailand in November over a prison sentence in his homeland.

Hakeem Al Araibi, who played in Australia but had flown out for his honeymoon, was arrested in November in Bangkok on an Interpol notice issued at Bahrain’s request.

The former member of Bahrain’s national football team, a critic of the government, was convicted of vandalising a police station and sentenced to 10 years in prison in absentia.

He has denied wrongdoing.

John Didulica, chief executive of Professional Footballers Australia (PFA), said the Asian Football Confederation (AFC), whose head is a member of Bahrain’s ruling family, should intervene for his freedom.

Didulca said Sheikh Salman bin Ebrahim al-Khalifa, as AFC president, was obliged to safeguard footballers’ rights, but he had seen no evidence of action.

“That’s a huge failure on their behalf and must be remedied,” he told Reuters at a hotel in Dubai on Sunday while attending the Asian Cup.

When asked by Reuters to respond, an AFC spokesman said: “The AFC is working with many stakeholders including FIFA, and as this work is ongoing we will make no further comment.”

A Bahrain government spokesperson said there was no threat to Araibi’s life and he could appeal if he returned.

“The two people convicted with him appealed against their convictions and were found not guilty under due legal process by Bahrain’s independent judiciary,” the spokesperson said.

Union head Didulica said failure to work towards Araibi’s return to Australia, where he was granted asylum in 2017 after fleeing Bahrain three years earlier, could make Sheikh Salman’s candidacy for AFC re-election “untenable”.

Araibi was a vocal critic of Sheikh Salman, a cousin of Bahrain’s king, when he contested the FIFA presidential election in 2015. During the campaign, which he lost to Gianni Infantino, Sheikh Salman was strongly criticised by some rights groups.

Sheikh Salman denies he was involved in investigating and prosecuting athletes active in Bahrain’s 2011 protests.

Activists have called on authorities to “show humanity” to Araibi in the same way they did to an 18-year-old Saudi woman who fled from her family to Thailand.

Human Rights Watch said Araibi was tortured by Bahraini authorities because of his brother’s political activities during the Arab Spring uprising in 2011.