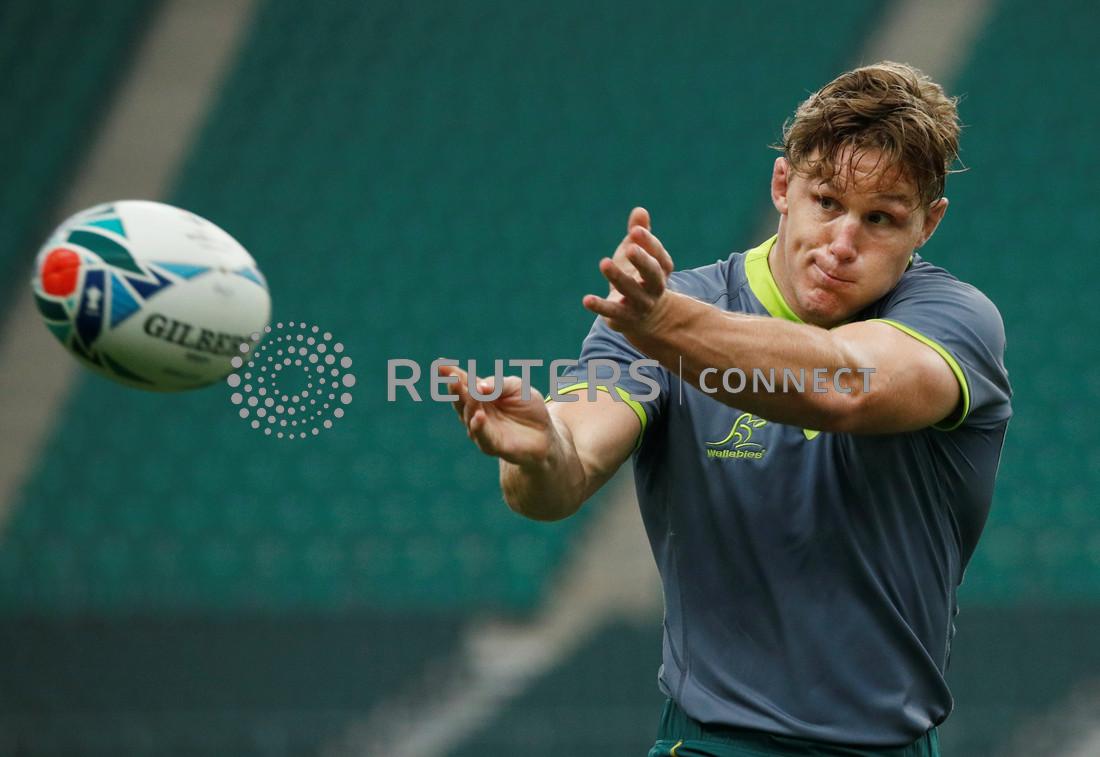 MELBOURNE (Reuters) -Rugby Australia will probe the Wallabies’ “unprecedented” injury toll as part of its season-ending review as Dave Rennie’s side limp into their final test against Wales on Saturday.

Seven Wallabies players have been ruled out of the Cardiff clash, with stalwart flanker Michael Hooper failing a concussion test and set to follow the six already sent home in the wake of the bruising defeat by Ireland.

Those are just a fraction of the total injuries reported through the season, which have included long-term setbacks for first-choice players including flyhalf Quade Cooper, Taniela Tupou and Samu Kerevi.

With fullback Tom Banks and centre Lalakai Foketi ruled out earlier in the northern hemisphere tour, Rennie and his staff will be praying no injuries occur against the Welsh.

“It certainly has been unprecedented,” Rugby Australia boss Andy Marinos said in comments published by the Sydney Morning Herald on Thursday.

“The part for me that is puzzling, as much as it is concerning, is just the innocuous nature of some of these injuries. It has all come as a surprise.”

Scans are expected to confirm prop Tupou also has a ruptured Achilles after breaking down against Ireland.

“Four Achilles tendons in one season is quite alarming, so absolutely there is going to be a review,” said Marinos.

“Rest assured, it is a concern to all of us.

“We have a World Cup looming and a big Super Rugby season starting up next year, we certainly want all of these guys back on their feet.”

The Wallabies have yet to replace two strength and conditioning coaches who left this year, which Marinos said had been a disruption.

“It is a factor. I don’t think it is an overarching contributor,” he added.

Australia have lost nine out of 13 tests this season, including a first ever loss to Italy, heaping pressure on Rennie ahead of next year’s World Cup in France.

The New Zealander’s future as head coach is expected to be considered in the season-ending review.

“(The review) is going to be a full 360 (degrees), as you would want to, especially going into and preparing for a World Cup year,” said Marinos.