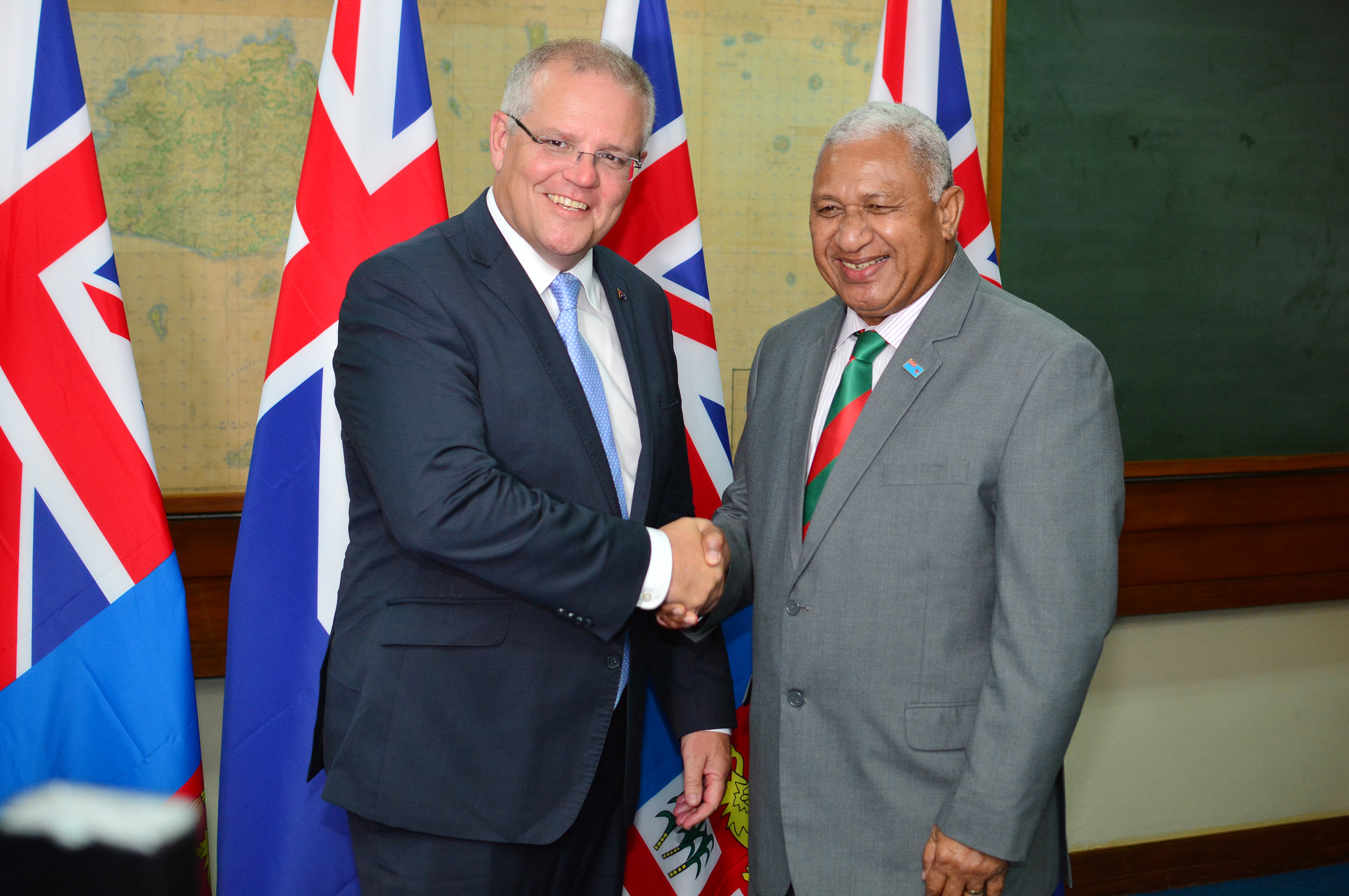 FIJIAN Prime Minister Voreqe Bainimarama has welcomed the decision by his Australian counterpart Scott Morrison to ease the restrictions on kava exportations to Australia.

Mr Bainimarama said this was sure to benefit a lot of farmers in the country.

“The Fijian economy is in the process of rapid growth. A move that will undoubtedly enrich the lives of Fijian farmers for generations to come,” the Fijian PM said.

“It is refreshing to see that Prime Minister Morrison and this new step in our diplomacy, this new era of Fijian achievements is finally being given the attention it deserves,” he added.

After the meeting Fijian PM, Mr Morrison said he was happy to announce the “Vuvale” partnership.

Mr Morrison announced an $84million contribution towards the University of the South Pacific for the next six years.

Mr Morrison added that Australia would commit $17.1million to provide 1000 hours of TV content each year for the next three years to Fiji.

He added that restrictions on Visas to Australia will be eased.

He also confirmed that Fiji will play host to preseason NRL games in 2021.

He also stated that Australia will help Fiji Netball in preparation for this year’s World Cup and will also support Fiji Rugby League in its NSW League bid.