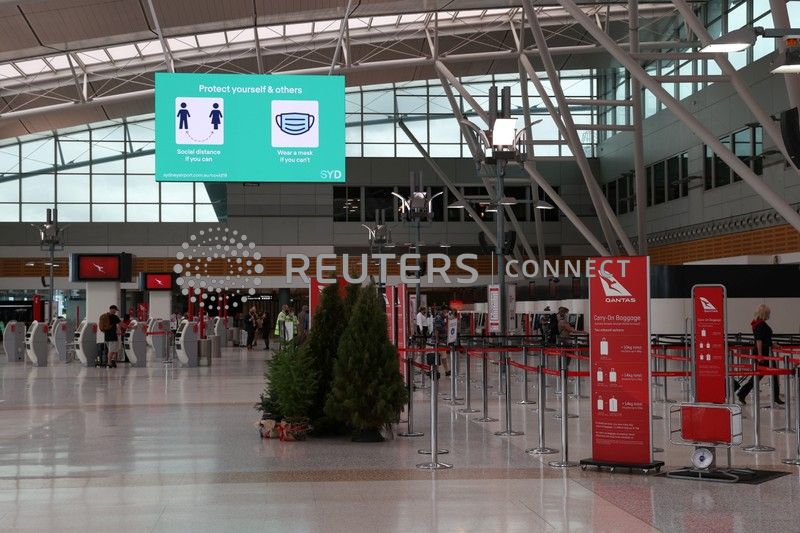 FILE PHOTO: A mostly empty domestic terminal at Sydney Airport is seen after surrounding states shut their borders to New South Wales in response to an outbreak of the coronavirus disease (COVID-19) in Sydney, Australia, December 21, 2020. REUTERS/Loren Elliott

SYDNEY (Reuters) – Australia’s international borders might not fully reopen until the middle or second half of 2022, Trade Minister Dan Tehan said on Friday, in a blow to airlines and the tourism sector.

Asked in a Sky News interview when borders might open, Tehan said “the best guess would be in the middle to the second half of next year, but as we’ve seen throughout this pandemic things can change.”

Tehan said he hoped more travel bubbles could be opened similar to the one between Australia and New Zealand.