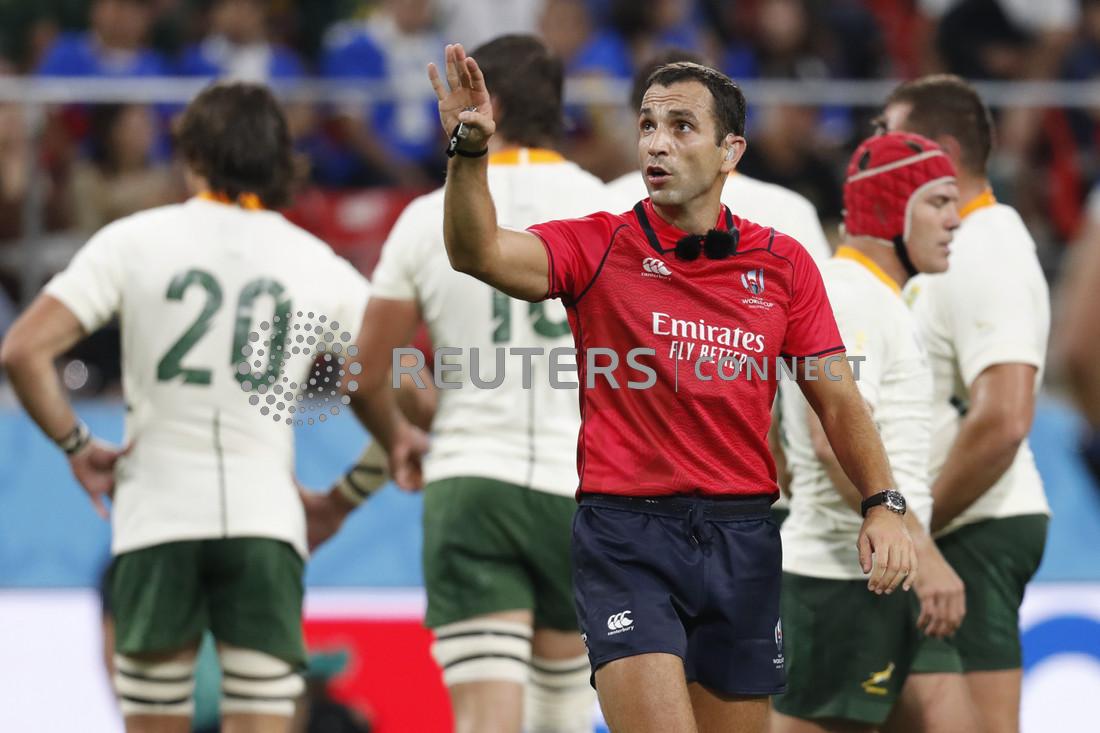 MELBOURNE (Reuters) – Rugby Australia has written to the sport’s global governing body to reiterate concerns about refereeing after the Rugby Championship test against New Zealand in Melbourne was tarnished by a contentious time-wasting decision.

French referee Mathieu Raynal penalised Bernard Foley for holding up the game at Docklands last Thursday as the flyhalf made to kick the ball to touch from the Wallabies’ 23 with a minute left in the test.

With New Zealand awarded a five-metre scrum in front of the posts, Jordie Barrett scored a try after the siren to snatch a 39-37 victory for the All Blacks.

Raynal’s decision, virtually unseen in elite rugby, was criticised by Australia coach Dave Rennie and condemned by pundits across the globe.

A Rugby Australia spokesperson on Monday confirmed the governing body had urged World Rugby to take seriously concerns about officiating in general.

“It’s not unusual, we’ve been lobbying World Rugby for some time on this,” the spokesperson said.

Elite rugby has become dominated by officials in recent years, with the increased use of the Television Match Official (TMO) to spot infringements making for more stop-start games.

A lower threshold for yellow and red cards to improve safety has also had a major impact on the flow as the TMO and referee halt action several times every game, often spending minutes to weigh video footage of incidents before decisions.

Australia is not alone in expressing concerns about the state of the game.

England coach Eddie Jones said in July he would push for change, having become fed up with officiating delays and the “incessant” use of the TMO.

To win the Rugby Championship, Australia will need to break a 36-year losing streak to the All Blacks at Eden Park on Saturday and hope Argentina can beat South Africa.

The Wallabies will have to do without loose forward Rob Leota, who suffered a serious Achilles injury during the Melbourne game, his Super Rugby team Melbourne Rebels confirmed on Monday.

Australia may also lose Darcy Swain to suspension with the lock facing a judicial hearing later on Monday for a dangerous clean-out on All Black Quinn Tupaea.