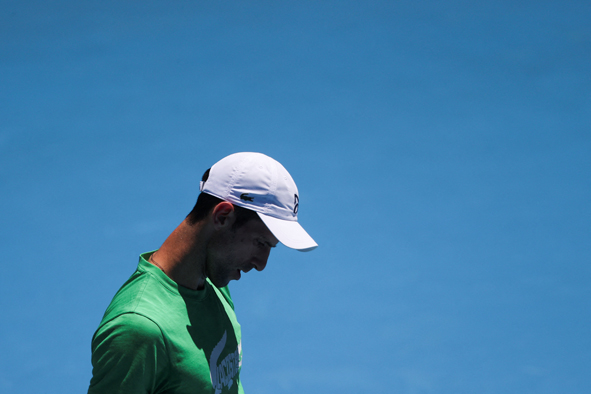 Serbian tennis player Novak Djokovic practices at Melbourne Park as questions remain over the legal battle regarding his visa to play in the Australian Open in Melbourne, Australia, January 13, 2022. REUTERS/Loren Elliott

SYDNEY (Reuters) – Australian Prime Minister Scott Morrison said on Thursday he did not want to comment on Novak Djokovic’s visa status and that it was up to the immigration minister to decide whether to revoke it or not.

Djokovic was confirmed in the official draw for the Australian Open men’s tournament despite uncertainty over whether the government will cancel his visa for a second time.