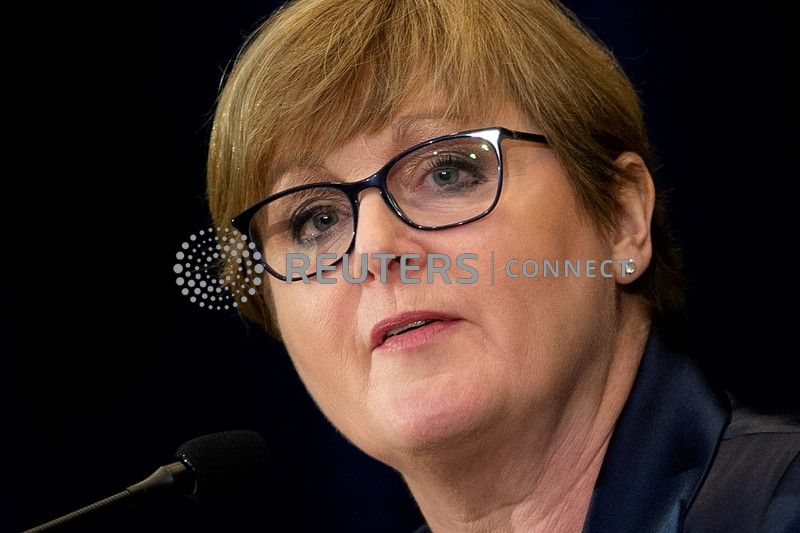 SYDNEY (Reuters) – Australia will jointly develop hypersonic cruise missiles with the United States in a bid to counter China and Russia which are developing similar weapons, Defence Minister Linda Reynolds said on Tuesday.

“We will continue to invest in advanced capabilities to give the Australian Defence Force more options to deter aggression against Australia’s interests,” Reynolds said in a statement.

She did not reveal the cost of developing the missiles or when they would be operational.

Australia had set aside up to A$9.3 billion (5.13 billion pounds) this year for high-speed, long-range missile defence systems, including hypersonic research.

Hypersonic missiles are capable of travelling at more than five times the speed of sound and the combination of speed, manoeuvrability and altitude makes them difficult to track and intercept.

Last year Russia deployed its first hypersonic nuclear-capable missiles, while the Pentagon, which tested a similar hypersonic missile in 2017, has a goal of fielding hypersonic war-fighting capabilities in the early to mid-2020s.

China has deployed, or is close to deploying, hypersonic systems armed with conventional warheads, according to defence analysts.

Australia said in July it would boost defence spending by 40% over the next 10 years to acquire longer-range strike capabilities across air, sea and land. The move comes as Canberra broadens its military focus from the Pacific to the Indo-Pacific region.

Australia’s collaboration with the United States on missile development, however, could inflame tensions with China.

Relations between Australia and its largest trading partner hit a new low on Monday after a senior Chinese official posted a fake image of an Australian soldier holding a knife with blood on it to the throat of an Afghan child.