Australia, Malaysia to meet over rare earths on June 20 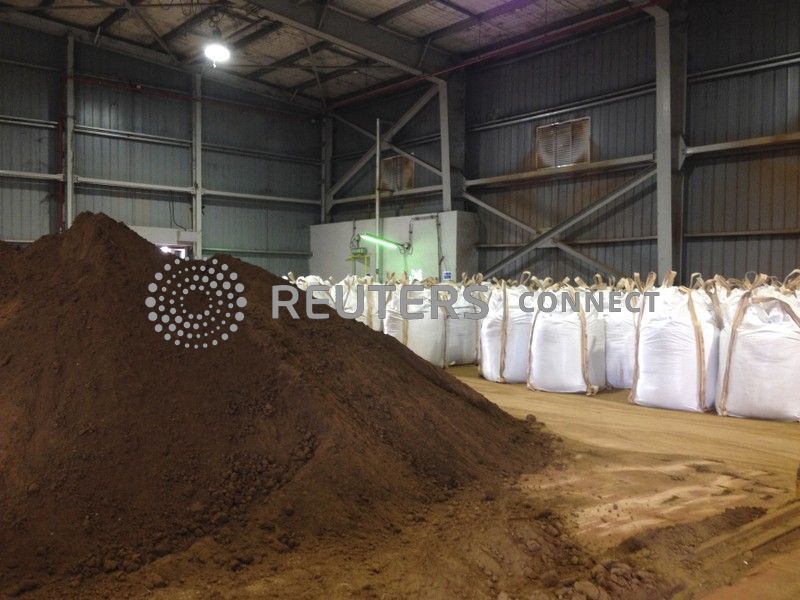 FILE PHOTO: Rare earths dug up and processed into concentrate at Mount Weld in Western Australia, are pictured after being shipped to the Lynas plant in Gebeng, Malaysia, July 3, 2014. REUTERS/Sonali Paul

MELBOURNE (Reuters) – Australian and Malaysian government officials are due to meet later this month, a state mining spokeswoman confirmed and the plan for Lynas Corp’s controversial rare earths waste storage in the country is likely to be at the top of the agenda.

Australia’s Lynas, which is the only proven producer of rare earths outside of China, is waiting to get an operating licence for its Malaysian processing plant renewed before it expires in September.

The global spotlight has fallen on rare earths in recent weeks after state media in China suggested that the country could halt exports of the minerals critical to U.S. defence and other industries. China produces upwards of 85 percent of the strategic metals.

Prime Minister Mahathir Mohamad said last Thursday he expected Lynas’ operating licence to get renewed when it expires in September.

Australia has already ruled out taking back the low-level radioactive residue produced by Lynas’s $800 million Malaysian processing plant, the push by Malaysia shows that its new government remains divided over Lynas’s future in the country.

Malaysia’s environment ministry had set conditions in December for Lynas to remove its waste stockpiles before it would renew its operating licence, conditions that were “in tact” a ministry spokeswoman said on Friday.