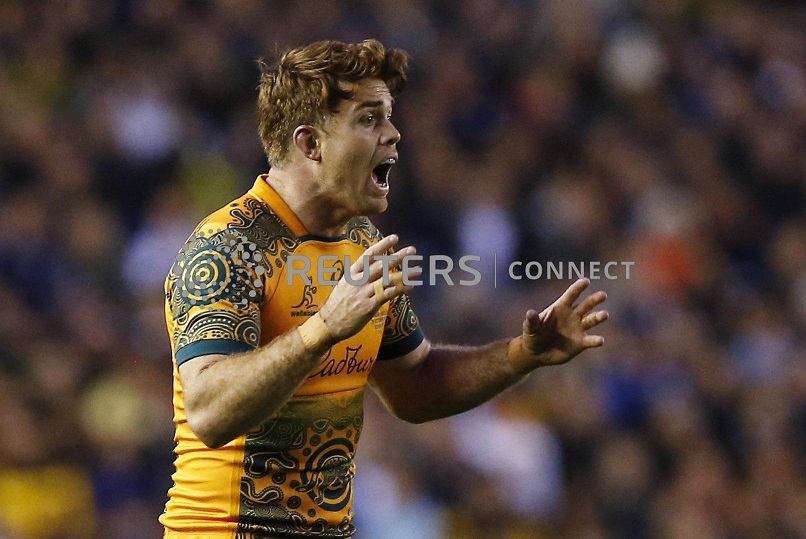 Centre Paisami left the field after just three minutes with a knee problem, hooker Porecki was concussed, fullback Kellaway sustained a foot injury and prop Tupou was carted off clutching his Achilles in pain a minute after coming off the bench.

Number eight Rob Valetini is also doubtful with an ankle injury, Rennie said after his side slumped to their ninth loss in 13 games this season a week after their first ever defeat to lowly Italy.

“We’ll be going to the depths of the squad again but I guarantee you there are guys itching for another opportunity after the Italy effort. The medics are going to be busy,” the under-pressure coach told a news conference.

Although the defeat was the third in four games this tour, it was by another razor thin margin after one-point losses to Italy and France. Their one victory was also by the same margin over Scotland.

They also probably deserved to come away from Dublin with more after enjoying greater amount of possession and forcing Ireland to do more defending, although the host’s were far from their clinical best without captain Johnny Sexton.

The Nov. 26 game against Wales, who were stunned by the minnows of Georgia on Saturday, could be crucial for Rennie’s future.

“It’s very similar to the French game, I’m proud of the effort, proud of the way we played, just gutted for a lot of the boys because once again we fell short. There were a couple of big moments there and we weren’t good enough,” captain James Slipper said.

“I’m happy where we’re heading but also I’d love to be in a better spot as well. There’s so much trust in Dave (Rennie), I don’t even want to go down that track. Going into these games, we couldn’t be more prepared and that’s why I’m hurting a fair bit.”