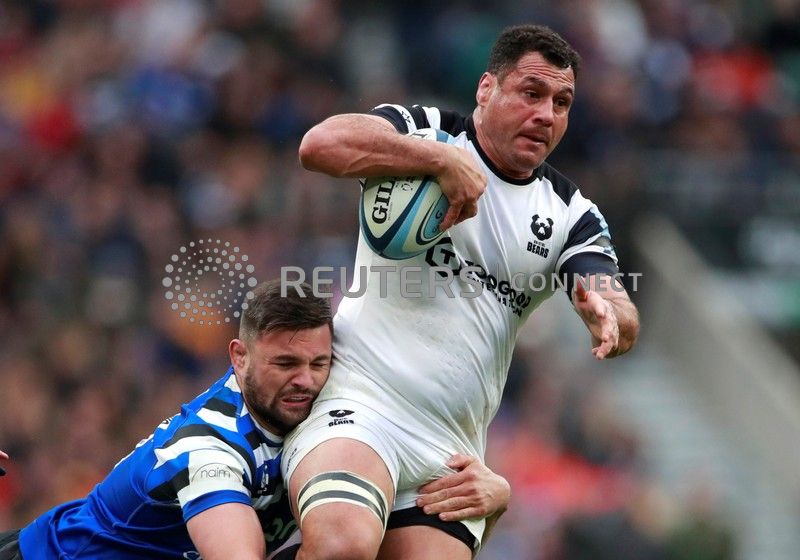 (Reuters) – Australian flanker George Smith has announced his retirement from professional rugby at the age of 38, bringing an end to a career that spanned two decades and featured 111 test appearances.

The second most capped Wallabies forward of all time, Smith had played 100 times for his country by the age of 29 and was recalled after a gap of four years to play his final test against the British and Irish Lions in 2013.

The apparently evergreen back-row warrior continued to play at the top level well past the time when most forwards hang up their boots, taking in spells in France, Japan and England, where he finished up this season with Bristol.

“Finally the day has come where I officially announce my retirement from professional rugby,” Smith said in a statement.

“It’s been an absolute privilege to play professionally for the past 20 years. Rugby has provided and given me so much.

“The dreams that I had of playing rugby professionally as a young bloke, I’m fortunate to say that I’ve lived them and experienced so much more during my time.

“I’m also proud of the opportunities I had to represent the Wallabies on numerous occasions in the past. On reflection, the time spent earning those caps were well worth it.”

Rugby Australia congratulated the twice winner of the John Eales Medal as the best Australian player of the year.

“George belongs in that rare category of player that could turn the course of a game in an instant,” chief executive Raelene Castle said in a statement.

“He was universally respected by his team mates and opponents and has been a huge presence in the clubs he has represented all over the world, as well as on the international stage with the Wallabies.”

Eddie Jones discovered Smith playing for Sydney club Manly in 1999 and signed him for the ACT Brumbies, where he played 142 Super Rugby matches over 12 seasons, winning two titles.

He made his test debut against France on the November tour of 2000 and played all three tests against the Lions the following year.

He was all but ever-present throughout Jones’s time as Wallabies coach, including in the 2003 World Cup final, and the England coach was thanked in his statement.

“Special mention to Eddie Jones, who has been a constant supporter and mentor of mine throughout this time,” Smith added.

“The day I rocked up to sign my first Brumbies contract with dreadlocked hair, board shorts and thongs. I think back and shake my head as to why he didn’t just turn me away tight there and then. I’m grateful for his advice and friendship.”

“We are richer for having had the opportunity to witness George playing in a gold Wallaby jersey,” the former lock said as he welcomed Smith to the Classic Wallabies, a community of former Wallabies players.

A professional’s professional, Smith was renowned for the remarkable work ethic that enabled him to play on for so long in such a physically wearing a sport.

“Looking back I’m pleased with the impression that I leave behind on my playing contribution,” Smith said.

“It’s time now to start looking forward to the next chapter that awaits my family and I.”