Australia: Fiji is a valuable partner 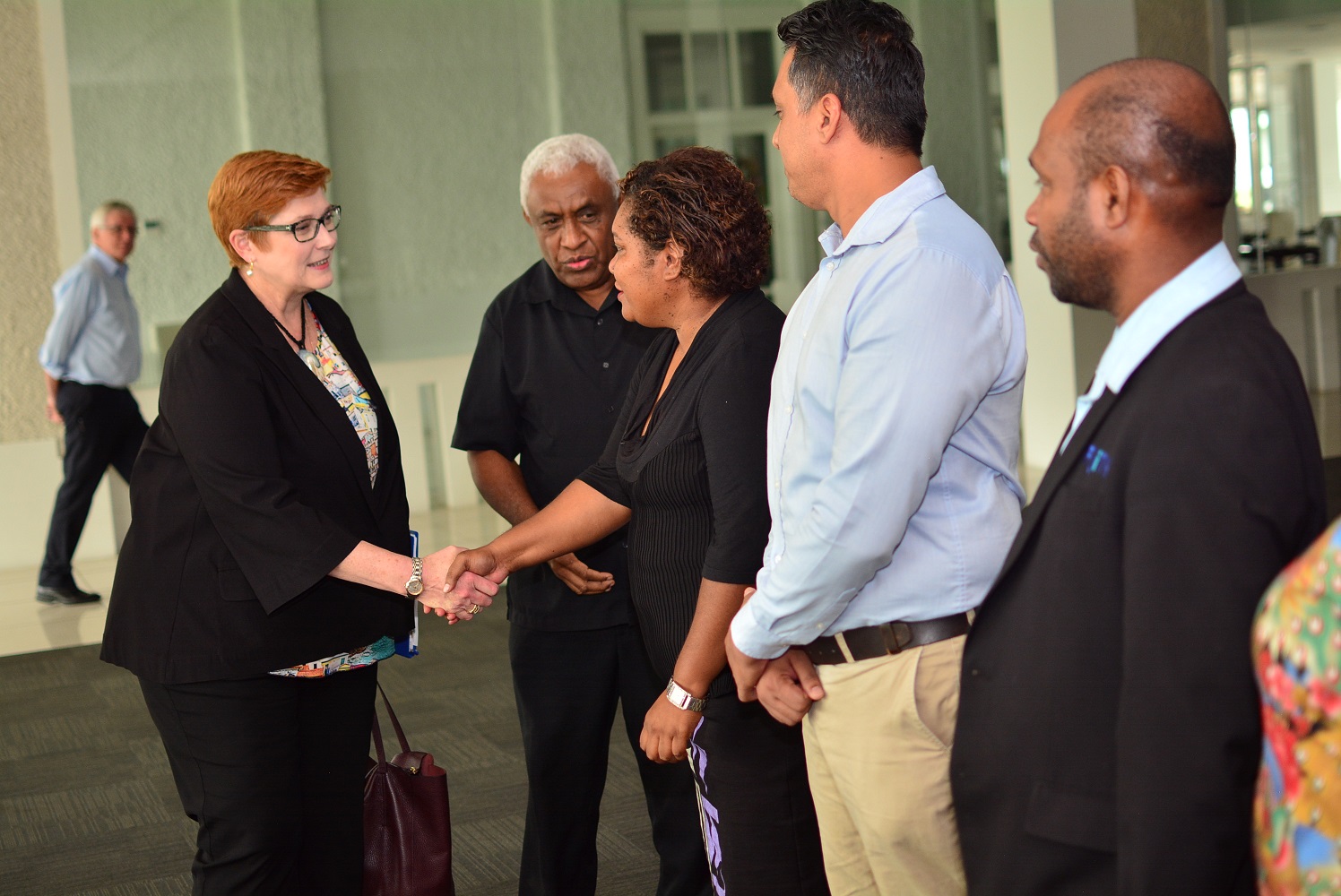 Australia's Minister for Foreign Affairs Marise Payne greets the deputy editor of The Fiji Times Elenoa Baselala and members of the Fiji Media Association before the press club luncheon hosted by the association at the Grand Pacific Hotel. Picture: JOVESA NAISUA

THE Australian government sees Fiji as a valuable partner in the Pacific and looks forward to welcoming Prime Minister Voreqe Bainimarama to the country for an official visit.

This was outlined by Australia’s new Minister for Foreign Affairs Marise Payne while addressing the Fijian media during a press club luncheon at Suva’s Grand Pacific Hotel yesterday.

Ms Payne said the vuvale partnership agreement that was agreed between Mr Bainimarama and his Australian counterpart Scott Morrison in January was almost complete.

She said the agreement was a way of building on the very solid base, identifying new areas to expand the relationship between the two countries and broaden the valuable work that Fiji and Australia were already doing in policing and border security.

Ms Payne said the agreement would identify new opportunities in trade and investment and the vital personal connections between school, churches and community groups.

She said officials from both countries were working on the agreement.

“They are on track to mark its finalisation and its signing when Prime Minister Voreqe Bainimarama visits Australia,” Ms Payne said.

“We look forward to welcoming him as a guest of government.”

Under the vuvale partnership, Australia will strengthen its defence and security co-operation, deliver a comprehensive border security assistance package to help reinforce the integrity of Fiji’s borders and continue work under the Pacific Maritime Security Program (PMSP).

Under the partnership, Australia will also deepen its bilateral trade and investment relationship, including through further trade liberalisation and economic co-operation and increasing labour mobility opportunities for Fiji, allowing entry into Australia’s Pacific Labour Scheme in 2019.