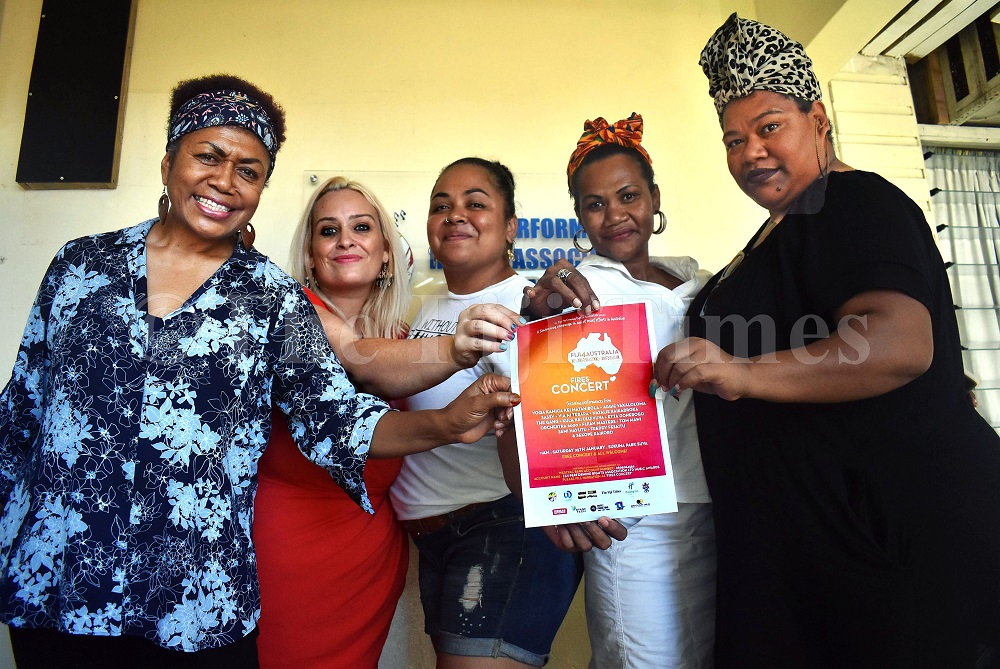 THE Fiji 4 Australia Fire Concert scheduled to take place on Saturday at Ratu Sukuna Park in Suva has been labelled as a family fun day for a worthy cause.

Organised by the Fiji Performing Rights Association (FPRA), the organising committee’s spokeswoman Laisa Vulakoro said 14 bands were scheduled to play at the concert which is free to the public.

Ms Vulakoro called on families to attend the event and help contribute what they can for bushfire victims in Australia.

“The chief guest for the fundraising event will be the Australian High Commissioner to Fiji, John Feakes,” she said.

“FPRA is currently working closely with the Australian High Commission to determine the best way that funds collected during the concern can be cascaded down to the victims of the fire.

“Donations from corporate groups are also open during the day and we will be announcing the amount of funds raised before they will be banked by Westpac bank because the bank is part of the fundraising.”

Meanwhile, local performer Etta Gonerogo said she was honoured to be part of the event which was aimed at giving back to the people of Australia.

“We are calling on the people to support this event and come down with their two bags to join the exquisite line-up of local music during the day,” said Gonerogo.

Singing sensation Sassy said growing up as a New Zealander, Australia was a close neighbour. She called on Fijians to open their hearts and give openly for a nation that had always stood by Fiji.