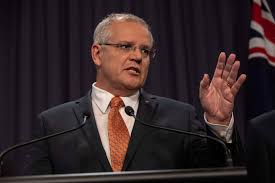 SYDNEY (Reuters) – Australia’s Prime Minister Scott Morrison, in one of the government’s last moves before an imminent election, said on Friday a powerful public inquiry into the country’s disability care would run for three years and address abuse, neglect and exploitation problems in the sector. The inquiry, known as a Royal Commission, will cost […]