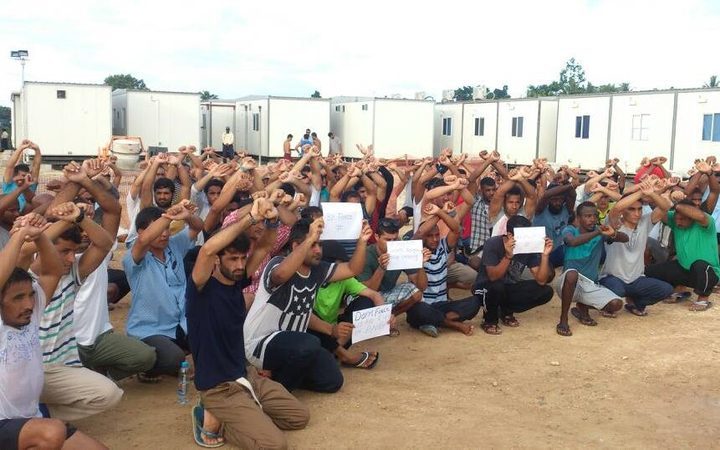 GENEVA, (THE GUARDIAN) – Australia has for the second time failed to address criticism by the newly appointed UN High Commissioner for Human Rights over its off-shore processing of refugees during the current sitting of the Human Rights Council in Geneva.

Last week high commissioner Michelle Bachelet used her maiden speech to the council to call out Australia’s use of Manus Island in PNG and Nauru as “an affront to the protection of human rights”.

“As the Australian Government sits here on this Council, professing its commitment to human rights, it is indefinitely imprisoning 102 children in its offshore refugee camp on Nauru,” Daniel Webb from Human Rights Law Centre told the Council.

“These children and their families have now been detained for over five years – imprisoned for fleeing the same atrocities our Government comes here and condemns.

The criticism came after diplomat Elizabeth Wilde addressed the UNHRC saying how Australia was “greatly disturbed by the deterioration of human rights in some states since HRC 38 (38th session of the Human Rights Council in 2017).”

Wilde said Australia was concerned by the use of chemical weapons in Syria, abuses in North Korea, millions fleeing economic crisis in Venezuela, violence against civilians in South Sudan, conflict in Yemen and actions of armed forces in the Democratic Republic of Congo.

“We also remain concerned with Australia’s off-shore processing detention and processing policies and it’s treatment of migrants and asylum seekers,” said Yashasvi Nain from the Commonwealth Human Rights Initiative before he was cut off for speaking beyond the allocated time.

Last week the UN Working Group on arbitrary detention, which reports to the UNHRC, also condemned Australia’s treatment of three asylum seekers, one of whom has been held almost nine years.

Australia has not directly responded to the working group’s report, which describes their detention as illegal and that they should be released.

Despite regular UN criticism of its human rights record, Australia was elected unopposed to sit on the council for a three-year term from January this year.