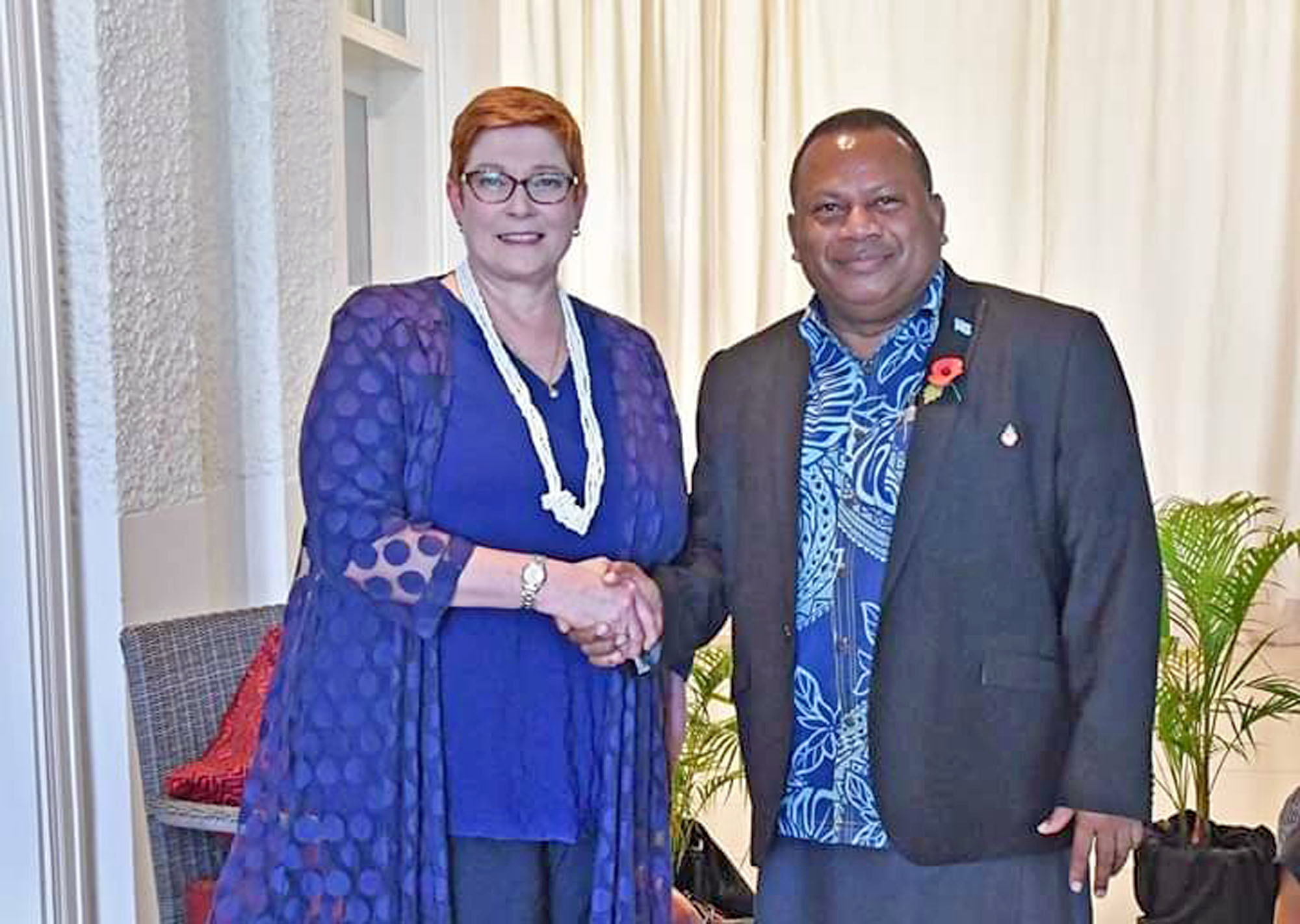 THE fight against domestic violence in the country has received a major boost from the Australian government.

Australian Foreign Affairs Minister Marise Payne said Australia had committed to assisting Fiji in combating the culture of violence against women and children through the Australian Defence Force and their Sports Diplomacy Program.

She said the programs were discussed with her Fijian counterparts – Minister for Foreign Affairs Inia Seruiratu and Minister for Women, Children and Poverty Alleviation Mereseini Vuniwaqa – last Friday.

“I took the opportunity not just to meet with my counterpart, Minister Inia Seruiratu, but also the Minister for Women, Mereseini Vuniwaqa, to talk about the work that Australia has done in our national action plan and we’ll be sharing information with her particularly when she is in Australia and also here in Fiji,” she said.

“We know the effect that it has on women and children.

“It leaves a stultifying dulling effect on families, on women’s efforts to engage and their pursuit for economic security and leadership and to protect themselves.”

She explained that the Sports Diplomacy Program was carried out through members of the ADF and NRL through school visits in Nadi, Sigatoka and Suva.

“All are very powerful tools to engage particularly with young people in the Pacific on key messages around the way their lives are shaped, around education, around health, around nutrition and the anti-violence message.

“Our teams from the ADF and the NRL travelled from Nadi to Suva visiting schools along the way articulating the voice against violence message which is part of the NRL’s program.”

She said Fijian advocates would also be empowered with more funding from the Australian government.

“We have supported them with an additional from the Commonwealth that will enable advocates here in Fiji to take those messages outside of Suva into regional and rural communities in a way that is not currently the case.”

Ms Payne accompanied Australian PM Scott Morrison on a 24-hour visit to Fiji over the weekend.