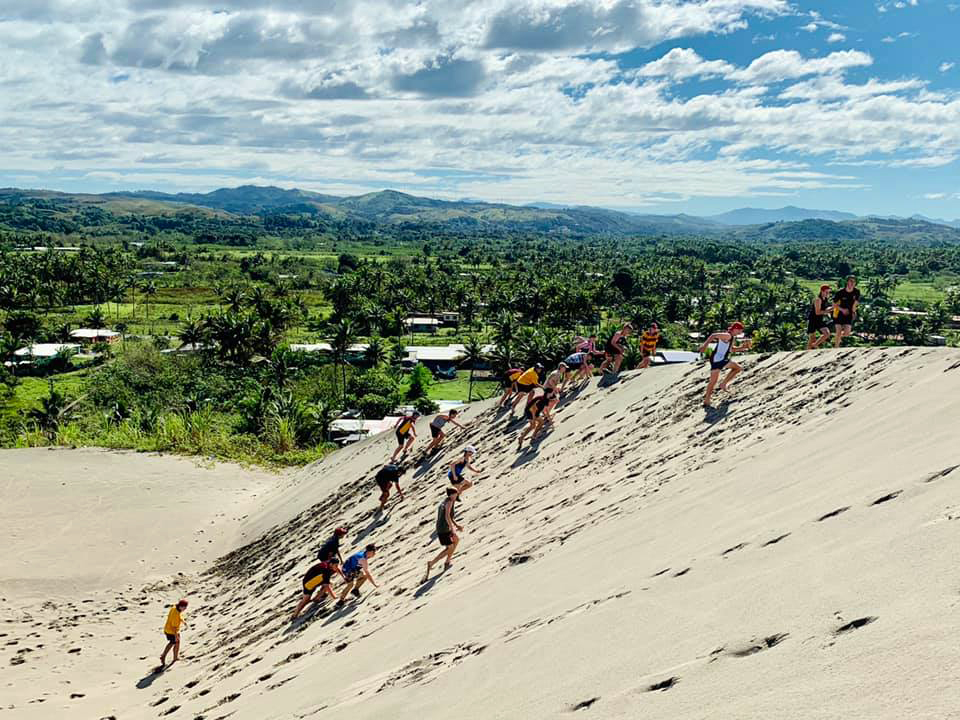 Last Monday, they played against Cuvu College at Lawaqa Park.

Afterwards, the Australians gave some rugby gear to their Fijian opponents.

Estilo Sports Travel Pty Ltd operations manager Dean Michniewicz said this was a great platform for the boys to learn and expose themselves in a Fijian way of playing rugby.

“Last Tuesday morning we had a training session on the famous Sigatoka Sand Dunes followed by a swim in the ocean and lunch in town,” he said.

“On Wednesday we visited Nokonoko District School in the morning where the students entertained the group with some traditional songs and meke.

“The Australian boys donated some stuff to the school. After lunch the Oakhill boys had the chance to meet the Flying Fijians Rugby World Cup squad when they trained at Lawaqa Park.

“It was an awesome experience where the boys learned some rugby skills and techniques from the players. Some of the students had met the players for the first time despite reading about them on the papers but to actually meet them face to face was a big boost to the players.

“The group went to Nakalavo Village where they were welcomed with a sevusevu ceremony, given a tour of the village and enjoyed a delicious lovo food whilst being entertained with traditional Fijian singing and dances. We donated some medical supplies to Nakalavo Village.

“On Thursday morning, the team travelled to Balenabelo Village where they spent the morning painting the church, building the pig house and doing some gardening. They then presented five new church chairs worth $4000 to the Methodist Church in the village.”