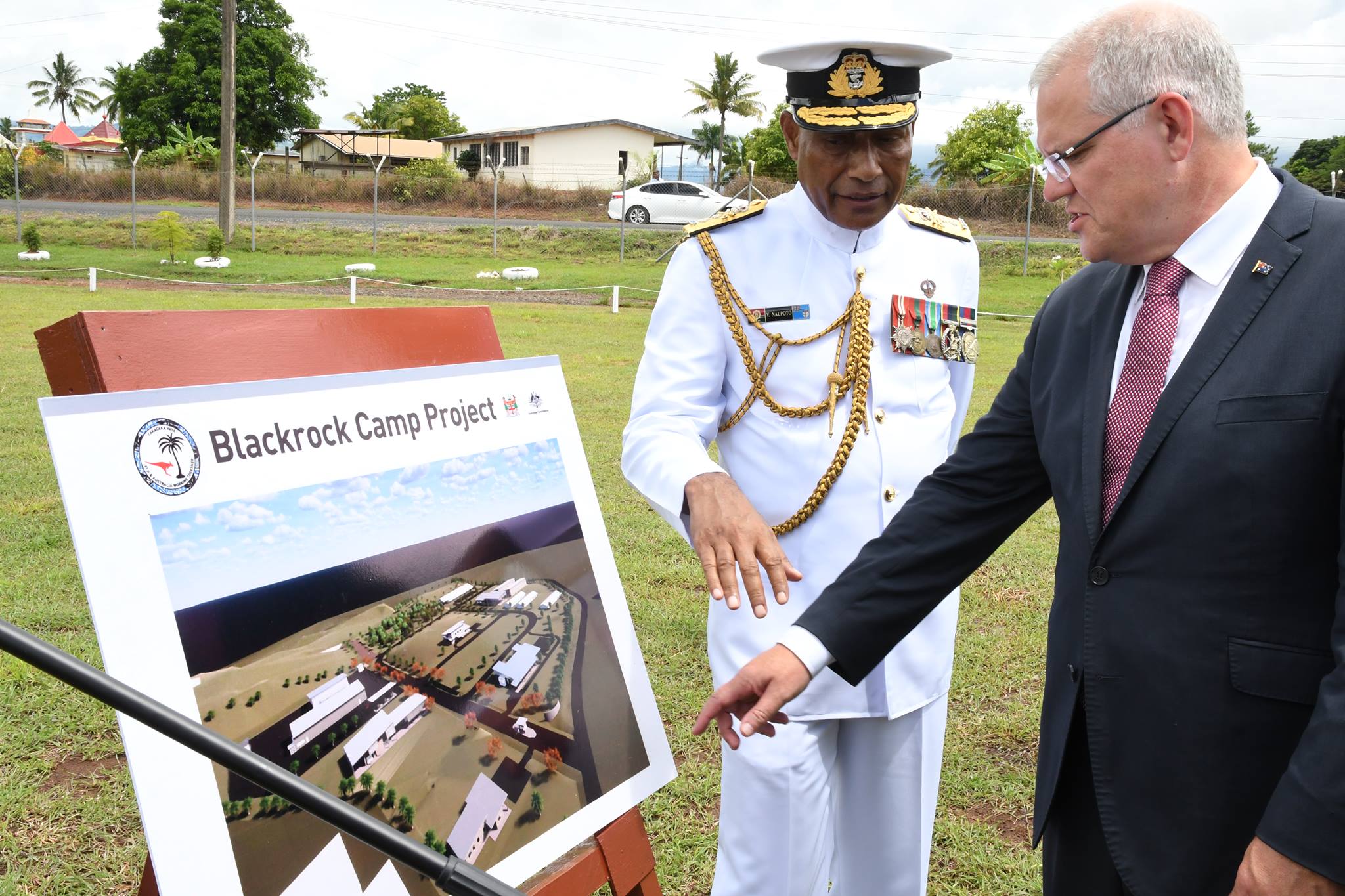 AUSTRALIAN Prime Minister, Scott Morrison wrapped up second and final day of his official visit to Fiji with a visit to the Republic of the Military Force’s Camp Black Rock in Nadi this afternoon January 18, 2019.

He broke ground alongside Minister for Defense and National Security, Inia Seruiratu for the development of the Regional Peacekeeping and Humanitarian Assistance and Disaster Response (HADR) Centre.

“The participation provided for by Fiji all around the world is a demonstration of their commitment to a peaceful world and this is in our interests too,” he said.

Mr Morrison was accompanied by his wife, Jennifer Morrison, and also inspected the Guard of Honour.

*More in today’s edition of The Fiji Times of the official visit and on our e-edition. Download The Fiji Times app on Google Play Store and Apple Store for breaking news, sport, business and world updates.