Aussie national recovers in hospital; Police yet to question 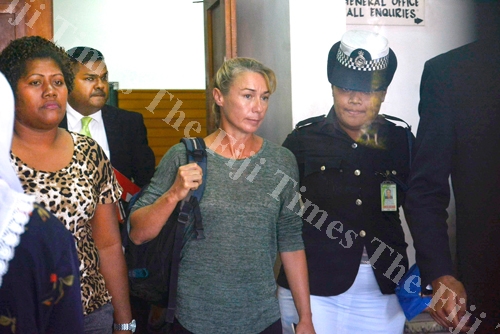 AN AUSTRALIAN national allegedly involved in the discovery of firearms and illicit drugs on a yacht at Denarau last week remains admitted at the Lautoka Hospital.

Fiji Police spokesperson Ana Naisoro said John Nikolic was recovering and had yet to be questioned.

She said Mr Nikolic was hospitalised after allegedly consuming an unknown substance during the raid on the yacht – Shenanigans – where cocaine, ecstasy tablets and firearms were uncovered.

Mrs Nikolic will reappear in the High Court in Lautoka on Wednesday, July 4.

The joint operation by border enforcement agencies led to the seizure of cocaine and ecstasy tablets with an estimated value of US$10 to US$15m (FJ$20.9m-FJ$31.4m) from an unidentified yacht, believed to be owned by the accused.

The drug and gun bust involved the Fiji Police Force, Biosecurity Authority of Fiji and the Fiji Revenue and Customs Service (FRCS).

According to FRCS, the yacht came from Borabora, French Polynesia.

Shenanigans is presently under the custody of the State.