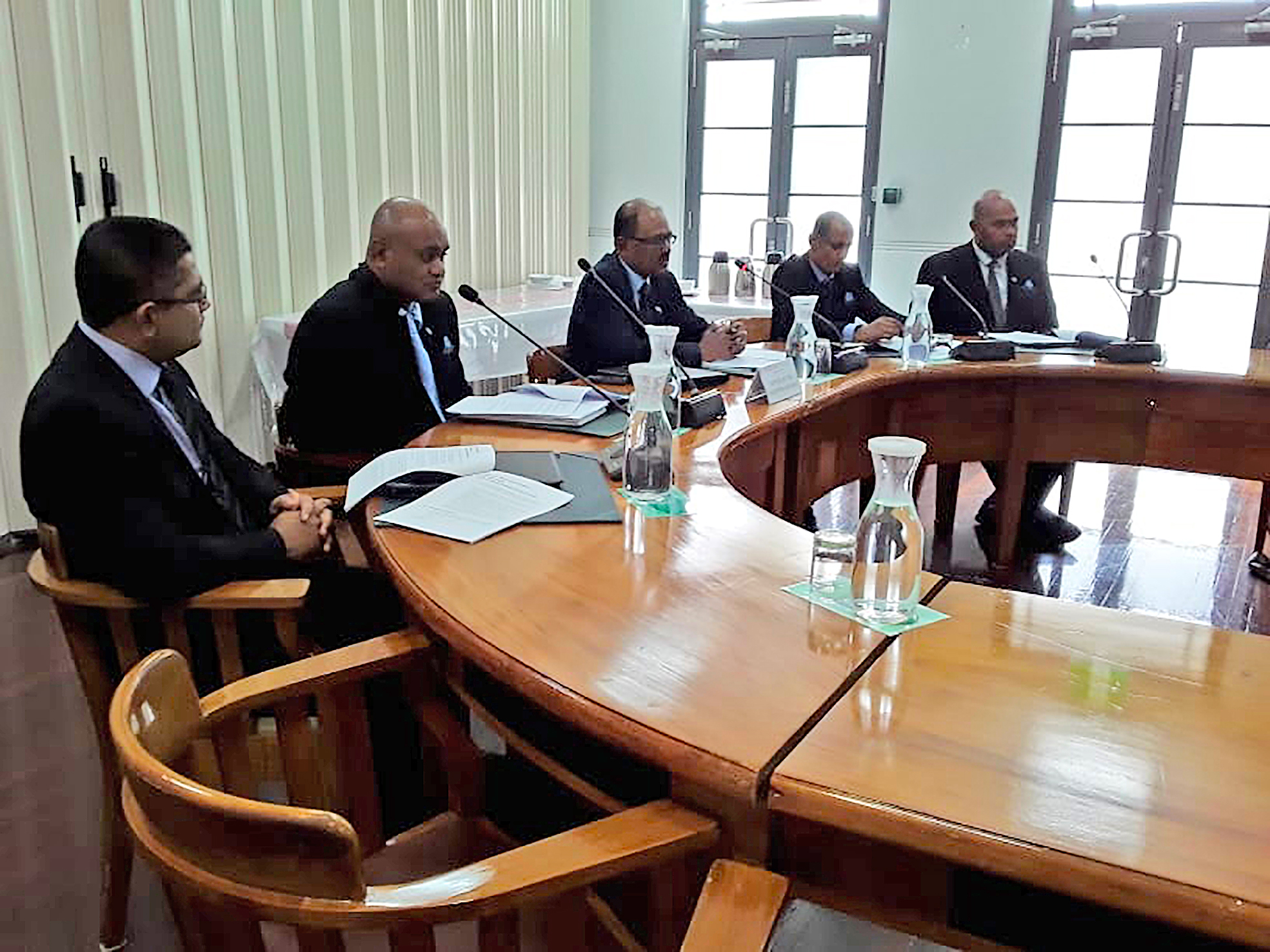 Auditor General Ajay Nand making his submissions on behalf of the Auditor Generals Office to the Standing Committee on Public Accounts. Such sessions can now be watched live on the parliament channel by members of the public. Picture: ABISHEK CHAND/FT FILE

A significant challenge for the Office of the Auditor-General has been the backlog of audits which they are improving upon.

This was highlighted by Auditor-General Ajay Nand during a submission to the Standing Committee on Public Accounts on the Office of the Auditor-General’s 2018 annual report yesterday.

According to last year’s annual report, during the fiscal year 2018, a total of 192 mandated audits were received as at July 31, of which 76 accounts or 40 per cent of the accounts received were audited.

The report stated that out of the total 192 accounts, 104 accounts received were in backlog and those accounts included 65 provincial councils, 16 statutory authorities, four government commercial companies and 19 municipal councils.

Some of the challenges highlighted in regards to the audit opinion not being issued within the statutory deadline were the significant amount of time taken to sign the audited financial reports and the unavailability of key client personnel.

Other challenges included the untimely provision of records for audit, unresolved accounting issues and late submission of draft accounts for audits, including backlogged audits undertaken during the year.

These challenges were reported to have impacted the strategic focus for the office to deliver value adding audit service by delivering quality and timely audit reports.

Most of the clients who were billed during the financial year had cleared their dues during the year, however, there were three audit clients who still owed the office capital.

The report highlighted this totalled to $19,525, while there was only one project audit (Solar Energy) which had been billed and its debit was over three months old.

It was also stated that to date, the project audit fees had been cleared and for those debts over one year, progress payments had been received after the office’s personal visit with the council to remind them of the debt owed.