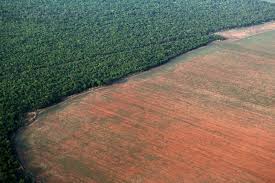 BRASILIA (Reuters) – An attempt by Brazil’s far-right President Jair Bolsonaro and lawmakers backed by big agriculture to weaken environmental laws protecting the Amazon forest and other biomes has failed, as Congress will not vote into law a decree that weakened existing legislation.

Government whip Senator Fernando Bezerra said that temporary presidential decree 876, which required congressional approval by Monday, would not be put to the vote before then.

The decree was sent to Congress by former President Michel Temer, but embraced by Bolsonaro and many in the country’s powerful farm lobby. It would have extended by a year the deadline for landowners to comply with maintaining or replanting minimum forested areas on their properties.

However, earlier this year lawmakers tacked on amendments that critics said had turned the decree in practice into an amnesty for landowners who collectively had deforested about 5 million hectares (12.35 million acres) in recent years, an area slightly smaller than Costa Rica.

Some agribusiness companies, worried about the bad image the loosening of the law would give Brazilian products in foreign markets, joined environmentalists in criticizing the amnesty in the Brazil Climate, Forests and Agriculture Coalition.

Bolsonaro has worked to ease environmental controls to facilitate agriculture and mining in the country since he took office on Jan. 1.