Attacks on Saudi oil facilities – what will it mean for consumers? 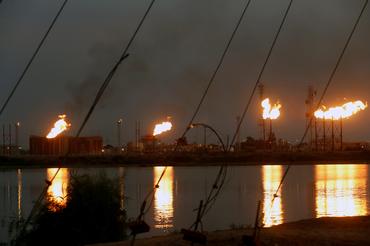 NEW YORK (Reuters) – The attack on Saudi facilities on Saturday caused the biggest oil supply disruption for more than 50 years. Here is what it could mean for consumers:

Consumers around the world could see costs rise for products ranging from gasoline and diesel to home heating costs and air fares, after this weekend’s attacks caused a spike in global oil prices. As the cost of transportation rises, that could mean shipments of other goods, such as groceries, could also increase in the coming months.

HOW DOES THE PRICE OF OIL FACTOR INTO THE DIESEL AND GASOLINE PRICE?

Crude oil is refined into fuel including gasoline and diesel. When crude prices rise, the cost of fuel rises with it. Other factors are also important in the retail price, such as local taxes and fuel standard regulations. Crude, however, is the biggest factor.

“Crude accounts for 50% of the (U.S.) retail price, so as crude goes up, so does the retail,” said American Automobile Association spokeswoman Jeanette Casselano.

WHY IS SAUDI ARABIA SO IMPORTANT TO THIS EQUATION?

Saudi Arabia is the world’s biggest crude exporter and one of the top producers. The attack removed half of its output- 5.7 million barrels per day (bpd), or the equivalent to 5 percent of global supplies.

Saudi Arabia is also the holder of nearly all the world’s spare oil capacity – which means the ability to increase output quickly to compensate for any problems in supply worldwide. So any further large supply disruption will impact oil supply and prices more than they would have done if Saudi Arabia still had spare capacity.

Before the attack, Saudi Arabia was shipping 7 million barrels of oil around the world daily, much of it to Asian buyers.

WHEN WILL PRICES START TO RISE?

Very soon. Prices at the pump respond very quickly to moves in futures markets, which have risen sharply on Monday in response to the attacks.

In the United States, drivers could see gasoline prices at the pump start to rise as early as this week and prices could climb as much as 25 cents this month. The U.S. gasoline and diesel futures contracts on the New York Mercantile Exchange rose more than 12% and 10%, respectively, on Monday.

HOW CAN THE RISING PRICE OF FUEL RAISE OTHER COSTS?

Prices for fuel, especially diesel, which fuels heavier-duty vehicles such as trucks and farming equipment, are expected to rise. That will affect transportation costs for companies to ship products from the factory and the farm.

Manufacturing industries that require a lot of energy supply like automotive production and chemicals could also pass on costs if their expenses increase.

Consumers, therefore, could see costs increase for items at their grocery stores like fresh produce, which often has to be shipped from other regions.

Fuel price increases are expected throughout the world’s major economies, with countries in Asia particularly sensitive to spikes because of their energy-intensive manufacturing industry, said John Kilduff, a partner at Again Capital in New York.

Depending on how long Saudi exports are affected, consumers could also see increased ticket prices for air travel because of a price premium on jet fuel for aircraft, said Phil Flynn, an analyst at Price Futures Group in Chicago.

Home heating oil could also get a bump in price, at a time when demand is starting to rise in the United States and Europe as temperatures drop ahead of winter.

WHY IS THE PRICE EXPECTED TO RISE? ISN’T THERE ANY OIL IN STORAGE WORLDWIDE?

Yes, there is. Members of the Paris-based International Energy Administration are required to keep at least 90 days of crude oil and/or products imports in storage in case of situations like this. The United States has already said it could use its petroleum reserves if needed, and Saudi Arabia also has enough storage to cover exports for a certain period of time.

However, markets globally are still affected because it is unclear how long Saudi Arabia will need to repair the damage and resume exports.