Attack on leadership: What will they do in government – Sayed-Khaiyum 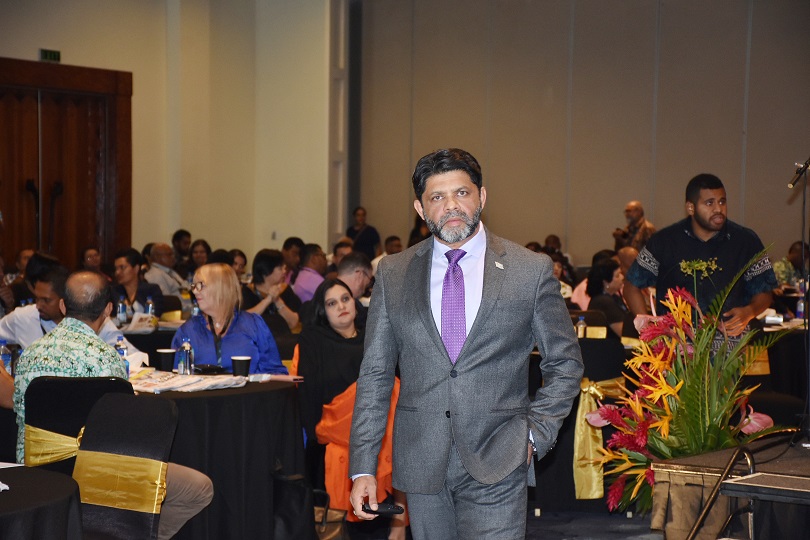 Attorney General and Minister for Economy Aiyaz Sayed-Khaiyum conducts a pre-budget 2022-2023 session with the participants of the Fiji Institute of Accountants conference at the Sofitel Fiji Resort and Spa in Denarau Nadi. Picture: REINAL CHAND

Disagreements within a number of opposition parties now show they “will start fighting for ministerial positions and who gets the most Facebook likes” if they get into government.

In a social media Facebook post, Ms Tabuya had questioned how “the A-G, the director, the chair and the Japanese guy stand there and smile and grin with the achievements of profits when their services sucks?”

Mr Rabuka, in an interview with a local media organisation, said the party did not support Ms Tabuya’s views, that “we understand the problem that EFL is having”.

“One makes a statement on EFL, the other one says it’s not the principal stance of the party,” he said.

“They don’t even have agreement while in opposition, what will they do in government?

“That’s the difference between our Prime Minister and FijiFirst and the other leaders of the other parties.”

Mr Sayed-Khaiyum said opposition parties did not have any solutions or game plan except to remove FF from government.

“One of the political parties has said that they would cut civil service pay.”

He highlighted this issue during a news conference in Suva on Friday.