AT&T, Dish not in talks over DirecTV deal: source 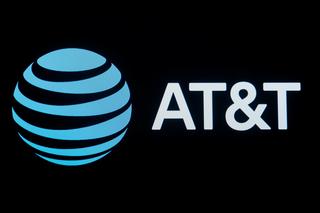 The company logo for AT&T is displayed on a screen on the floor at the New York Stock Exchange (NYSE) in New York, U.S., September 18, 2019. REUTERS/Brendan McDermid

(Reuters) – AT&T Inc (T.N) and Dish Network Corp (DISH.O) are not in discussions over a deal due to regulatory issues, a source familiar with the matter said on Wednesday, after the Wall Street Journal reported on.wsj.com/2kS2Hbs the wireless carrier was considering parting ways with its satellite TV division DirecTV.

AT&T has also considered a spinoff of DirecTV into a separate public company, the report said.

“So there’s been some stories out there about the industrial logic about putting 2 satellite providers. It hasn’t been successful and I don’t know that there’s any change in that regulatory perspective,” he said.

AT&T lost 778,000 premium TV subscribers, which includes DirecTV users in the second quarter, more than the 544,000 it lost in the prior quarter, and expects the video losses to continue in the current quarter.

Shares of the wireless carrier rose 1% in after-market trading and those of Dish were up 1.8%. AT&T and Dish declined to comment.

The hedge fund urged the company to end its acquisition spree to focus on improving its business, while criticizing the $85 billion purchase of media company TimeWarner Inc last year and the $49 billion deal for DirecTV in 2015.