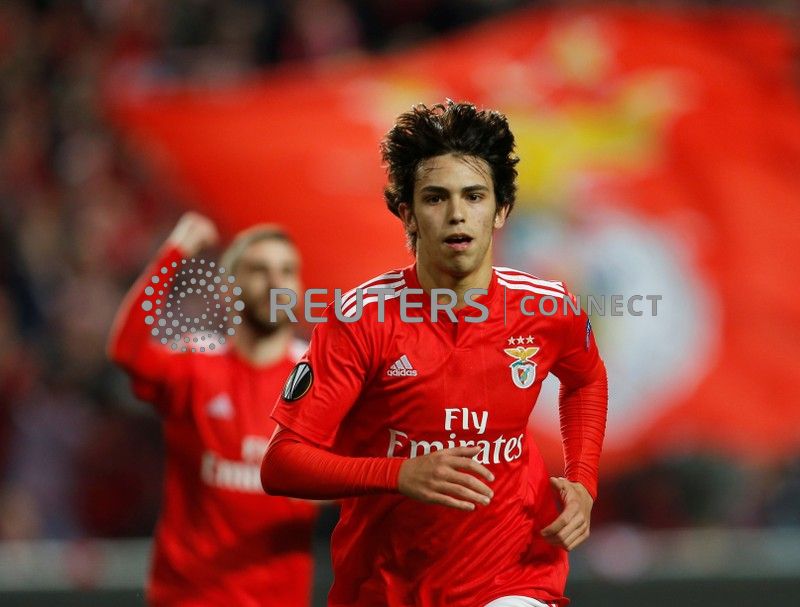 Both clubs announced the deal, with the Spanish La Liga team saying they were taking him on a seven-year contract and Portugal’s Benfica confirming the amount of the transaction.

“The forward has already passed his medical at the Clínica Universidad de Navarra,” Atletico said in their statement.

Portugal international Felix made his first-team debut for Benfica last season, helping the Lisbon side win the Portuguese league title with 15 goals and seven assists in 21 starts.

He also became the youngest player to score a Europa League hat-trick in a 4-2 win over Eintracht Frankfurt.

Felix, who made his Portugal debut in a 3-1 win over Switzerland in the UEFA Nations League semi-final, becomes Atletico’s most expensive player, smashing their record of 72 million euros to prise Thomas Lemar from AS Monaco last year.

He is the fourth most expensive signing of all time after Neymar, who cost 222 million euros when he switched to Paris St Germain in 2017, Kylian Mbappe and Philippe Coutinho.

Felix will be challenged to take the baton from Antoine Griezmann, who is expected to sign for Spanish champions Barcelona for 120 million euros.