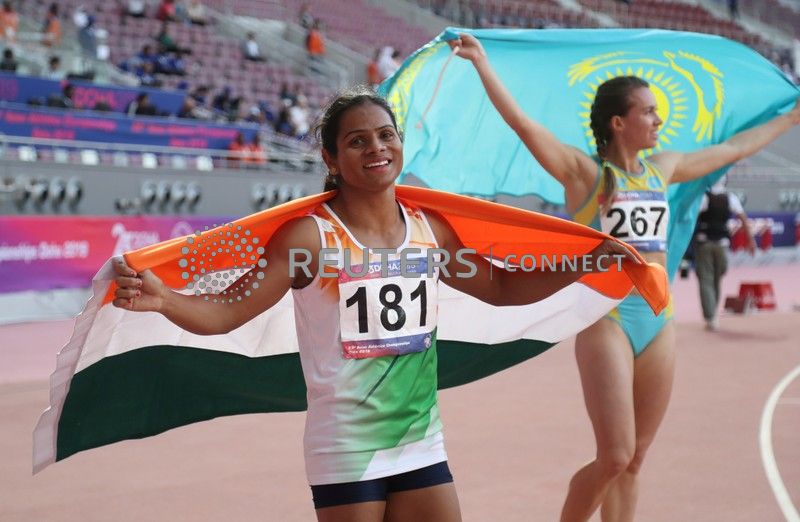 MUMBAI (Reuters) – Indian sprinter Dutee Chand will get custom-made gear in her bid to qualify for next year’s Tokyo Olympics after signing a two-year deal with Puma, the German sportswear company said on Thursday.

Like South African Olympic champion Caster Semenya, Chand suffers from hyperandrogenism but was cleared to race in 2015 following a Court of Arbitration for Sport (CAS) ruling on gender testing guidelines.

The 23-year-old from Odisha won silver in both 100 and 200 metres sprints at last year’s Asian Games in Jakarta and also claimed gold in the 100 sprint at the Universiade in Italy this year.

“This is my very first exclusive brand association and I’m thrilled that it’s with a company that has worked with legendary athletes like Usain Bolt, the fastest man alive,” Chand, who is yet to qualify for next month’s World Championships at Doha, said in a statement.