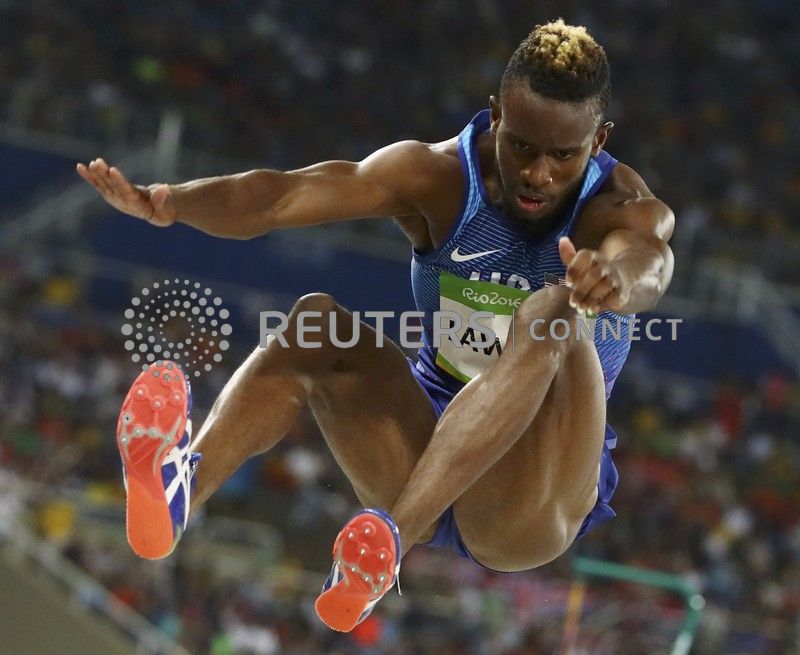 (Reuters) – American long jumper and sprinter Jarrion Lawson has been suspended for four years after testing positive for the banned substance epitrenbolone, the Athletics Integrity Unit (AIU) said on Saturday.

Lawson, the world long jump silver medallist, has denied any wrongdoing, saying the substance could have entered his body through the consumption of tainted beef.

He and his team will appeal the decision to the Court of Arbitration for Sport, Lawson said.

“I am innocent and I maintain confidence that eventually things will be righted,” the athlete said in a statement provided by his agent Paul Doyle.

The AIU, in charge of drugs testing in athletics, announced Lawson’s ban on Twitter. It had provisionally suspended Lawson in August 2018 while the case was being adjudicated.

Lawson, 25, has said the likely source of the epitrenbolone was contaminated beef he consumed at a Fayetteville, Arkansas restaurant in June 2018.

An out-of-competition doping control test the next day indicated the presence of epitrenbolone.

“Having now researched Trenbolone, we have discovered that it is a USDA approved steroid, legally used in the United States in the production of beef,” Lawson said in a 2018 statement.

The AIU panel, in making its decision, said Lawson had failed to prove how the substance entered his body.

“It is absurd that the WADA code places such an impossible burden on athletes to prove the source. How can you go back and test meat that was eaten months ago?” he said in a statement.