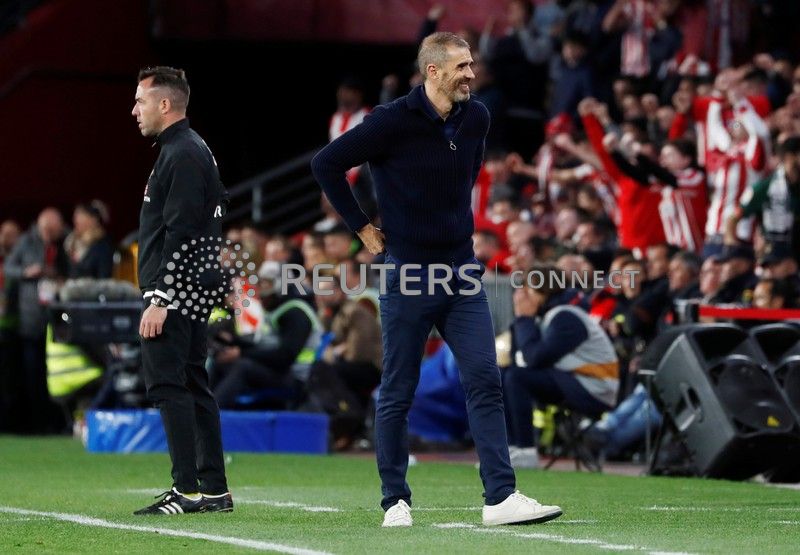 BARCELONA (Reuters) – Athletic Bilbao manager Gaizka Garitano has renewed his contract until June 2021, the Spanish club said in a statement on Sunday.

Garitano took charge of Athletic in December 2018 and steered them away from the relegation zone.

He led them to the Copa del Rey final this season where they were due to play Real Sociedad, although the match was postponed due to the coronavirus pandemic.

“I’m very happy that the club has shown confidence in me, it is the team I have supported since I was a boy and to coach them is a great responsibility,” Garitano told the club’s website.

La Liga is due to restart from June 11, with Athletic’s first match back a home fixture against Atletico Madrid played without spectators.