At the brink of famine – Will Australia look beyond Indo-Pacific 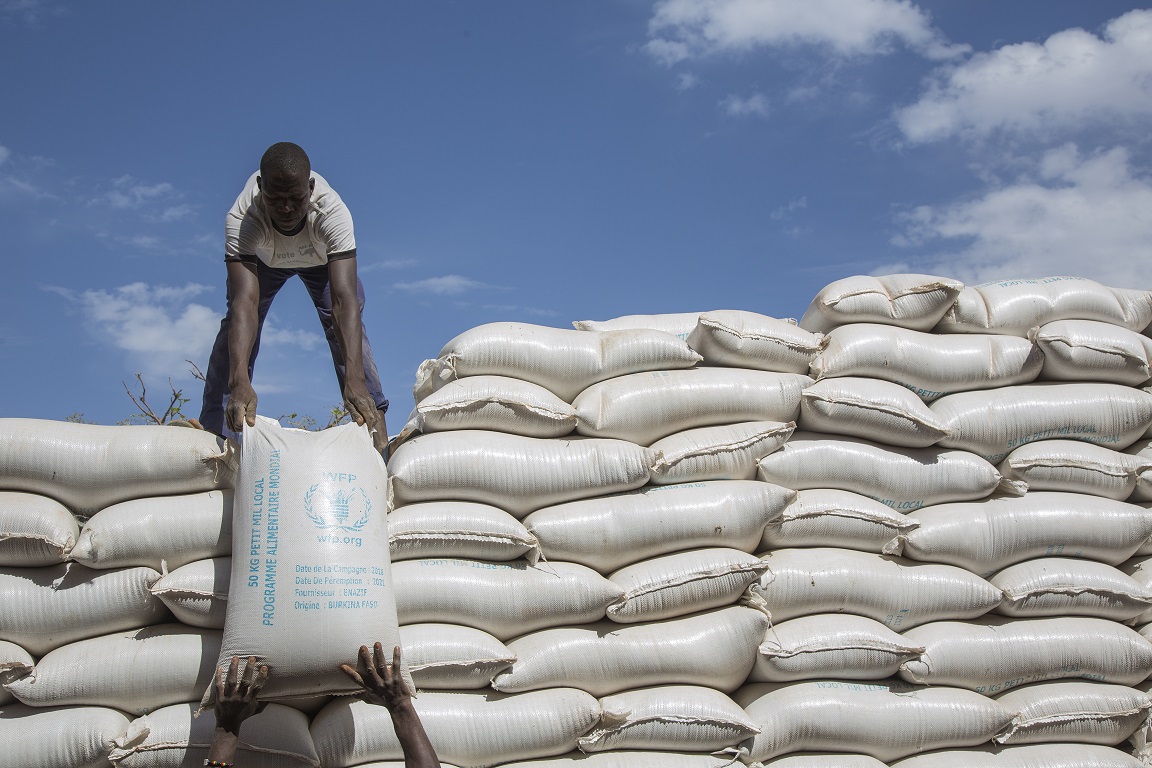 Burkina Faso, Sanmatenga, Kaya, 13 November 2019 The Central Sahel region faces a toxic cocktail of rapidly escalating armed conflict, population displacement, hunger, and widespread poverty - all compounded by the severe impacts of climate change. In Burkina Faso alone, the number of people displaced internally has increased by more than 500% since the start of 2019. Malnutrition has been pushed well above emergency thresholds - affecting young children and pregnant/breastfeeding women especially. WFP is working to assist 1.3 million people in Burkina Faso alone and 4.1 million across the entire Central Sahel region. In the Photo: Workers offloading flour at a WFP warehouse in Kaya, north of Ouagadougou, Burkina Faso. Photo: WFP/Marwa Awad

There is a saying in international development: wars are hard to stop, famines are not. 2021 may be the year this saying is put to a serious test.

With multiple African countries on the brink of famine, the question is: when will Australia look beyond the Indo-Pacific again? The facts and figures are grim.

Despite large strides in fighting hunger and poverty over the past decade, acute food insecurity is currently skyrocketing throughout Africa.

Across West Africa (in countries such as Burkina Faso, Chad, Mali, Niger, and Nigeria), 23.6 million people will face crisis levels of hunger this coming lean season (June–August) — representing a 250 per cent increase over figures from just two years ago.

The situation is similarly alarming in East and Central Africa (including DR Congo, Ethiopia, Somalia, South Sudan, and Sudan) where 54.8 million people in just 10 countries are severely food insecure and need urgent assistance.

The stark news is that this hunger crisis could get even worse.

The UN has warned that South Sudan, Burkina Faso and northeastern Nigeria are at serious risk of entering famine conditions.

World Vision recently warned COVID-19 could force over 19 million people, half of them children, into famine across 12 countries, nine of which are in Africa.

When famine is declared, it means rates of mortality and acute malnourishment have already reached significant highs, with irreversible damage to people and entire countries.

The reasons we see extreme hunger on the rise in so many African countries are all different, of course, but there are some commonalities – namely the triple threat of conflict, climate change and COVID-19.

The primary driver is protracted conflict, which disrupts supply chains, markets, farming and other livelihoods, especially for forcibly displaced populations.

In the Tigray region of Ethiopia, for example, even before the conflict that erupted in November 2020 an estimated 600,000 people were highly food insecure (IPC Phase 3+).

The situation has likely worsened as a result of mass displacement, food system disruptions and challenges in humanitarian access for UN and aid agencies.

Sudan was struck by its worst flooding in more than 100 years, pushing an additional 3.5 million people into acute food insecurity in 2020.

These devastating insect invasions – linked to climate change – rapidly deplete crops and vegetation, starving livestock and posing a severe threat to the food security and livelihoods of millions. Finally, COVID-19.

The International Monetary Fund estimates economies in Sub-Saharan Africa contracted by –3 per cent in 2020, the first recession in the region in 25 years.

This is an enormous setback, noting that in 2019 more Africans were escaping extreme poverty than being born below the poverty line.

COVID-19 disruptions to borders, food supply chains and markets caused economic activity to rapidly decline, triggering a loss of informal jobs, remittances and household income at a time when inflationary pressures were growing.

Even in countries with relatively strong  economies, such as Nigeria and Senegal, reduced household purchasing power is
making healthy food less accessible for millions of families.

In conflict settings, where famine is most likely to loom, the provision of aid has become even more challenging due to supply chain disruptions and additional bureaucratic restrictions.

The triple threats of conflict, climate change and COVID-19 are converging in Africa at a time when the Australian Government
is increasingly absent from the region as a development, humanitarian and political actor.

World Vision believes now is the time for Australia to step up its efforts – in partnership with the international community
– to help alleviate acute hunger and build resilience against growing food insecurity.

Over the past five years, we have seen a rise in aid spending in the Pacific within a fixed aid budget, which meant substantial
cuts to Sub-Saharan Africa and the Middle East.

Acute hunger is a moral outrage as well as a political and geo-strategic liability.

Millions of people beyond our immediate neighbourhood face the risk of famine and deepened fragility, highlighting the urgency for renewed leadership.

A one-off, single-year $150m emergency package, to help avert catastrophic hunger and child malnutrition in conflict hotspots across Africa and the Middle East, would be a good place for Australia to start.

Scaling up investment into proven multi-year resilience initiatives such as SomRep that demonstrably safeguard against hunger is another recommended way forward.

Not least, it is time for Australia to finally deliver on its 2017 commitment to scale up humanitarian funding to $500m a year.

To its credit, Australia was a leading donor in response to the Horn of Africa food crisis in 2011, but it is widely acknowledged
the international community did not act swiftly enough – many lives could have been saved if humanitarian action had occurred early.

Ten years later, alarms are flashing red once more as multiple famines appear on the horizon. Will Australia change policy
and join with humanitarian agencies again to help avert them?