At least seven killed, 17 injured in shooting at Guatemala prison 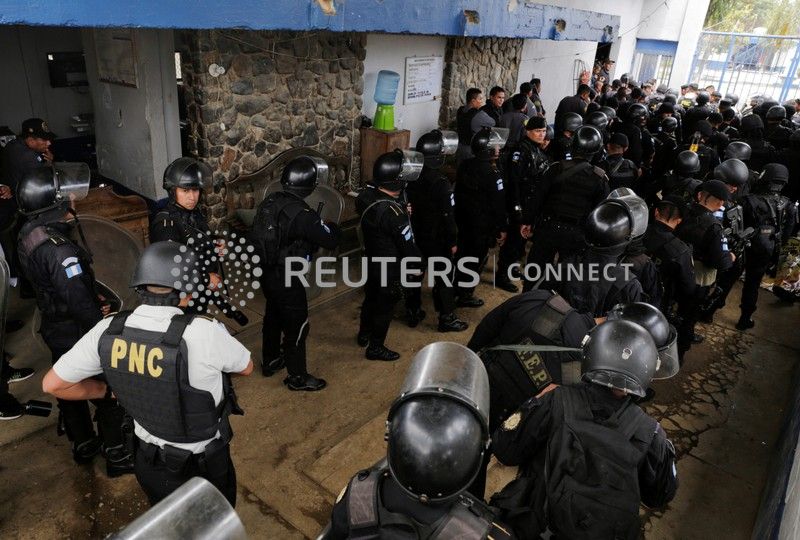 Police officers are seen inside the Pavon prison, near Guatemala City, Guatemala May 7, 2019. REUTERS/Danilo Ramirez NO RESALES. NO ARCHIVES

GUATEMALA CITY (Reuters) – At least seven people were killed and 17 injured after shooting broke out at a prison near Guatemala City on Tuesday, according to officials, who said that authorities have regained control at the prison.

“Security forces have already entered and have regained control of the centre. Regarding the number of deceased inmates, there are seven confirmed. That is a preliminary number,” Carlos Morales, a spokesman for Guatemala’s prison system, said.

A spokesman for the volunteer firefighters, Mario Cruz, said eight people were killed and 17 injured. “So far we have already removed seven bodies and we are waiting for the last one,” Cruz said.

Camilo Gilberto Morales, director of Guatemala’s penitentiary system, said the gunfire in one part of the prison appeared to have stemmed from an altercation between inmates.

“According to preliminary information it was a confrontation between an inmate in an alleged state of intoxication, shooting at another inmate,” he told local television channel TN23.

An Interior Ministry spokesman said officials were still gathering information about the incident.

The Pavon prison, some 10 miles (16 km) from the Guatemalan capital, houses more than 4,100 inmates, according to official data.