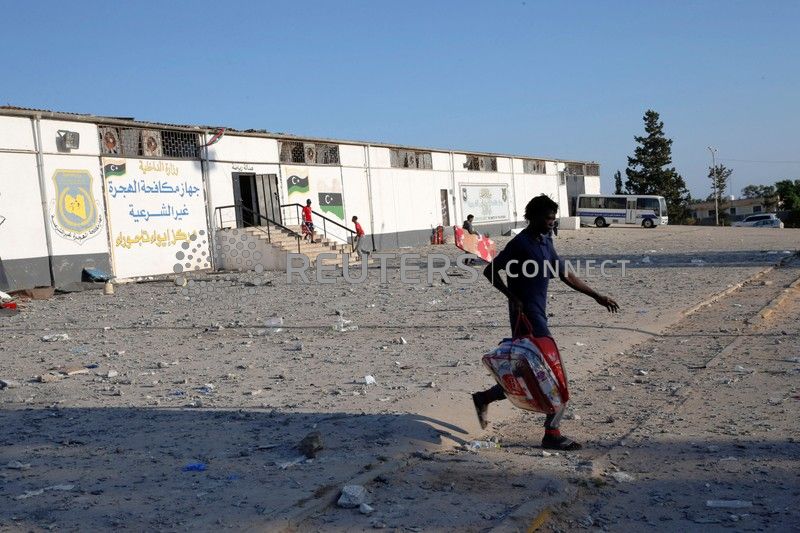 A migrant carries his belongings at a detention centre for mainly African migrants that was hit by an airstrike, in the Tajoura suburb of Tripoli, Libya July 3, 2019. REUTERS/Ismail Zitouny

GENEVA (Reuters) – At least 30 migrants were killed in an overnight strike on a Tripoli migrant detention centre and dozens were injured, the United Nations refugee agency said on Wednesday.

An air strike late on Tuesday hit a detention centre for mainly African migrants in the Tajoura suburb of the Libyan capital of Tripoli, killing at least 40 people and wounding 80, a Libyan health official said.

UNHCR spokesman Charlie Yaxley said it could not confirm who launched the attack on the centre which held some 600 people, but that medical teams were on the ground. “While the rescue operation is ongoing, it may be that that death toll rises higher,” he told Reuters.