At $40,000 a bottle, Tokaj winemaker aims to revive royal heritage 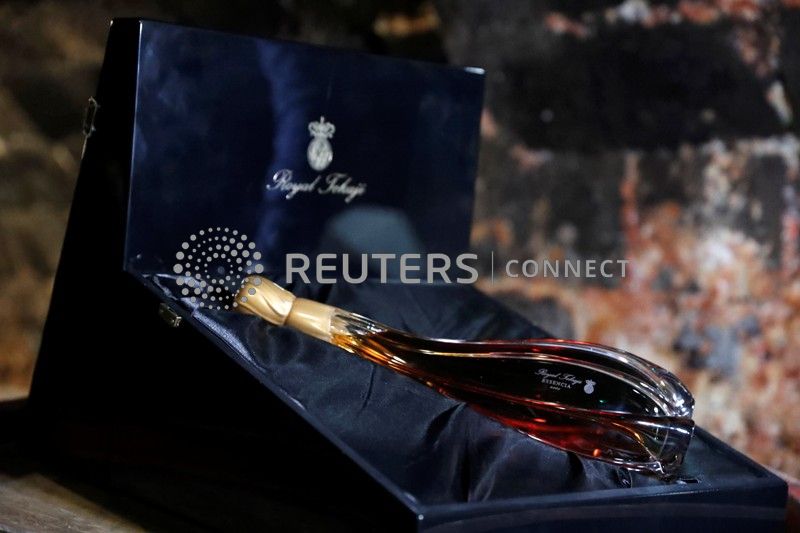 MAD, Hungary (Reuters) – A Hungarian winemaker in the Tokaj region known for its golden dessert wine is selling a vintage for $40,000 a bottle, hoping to revive the royal heritage of a wine revered by kings and connoisseurs.

The volcanic Tokaj region in northeast Hungary produces wine made with grapes with “noble rot”, induced by the “Botrytis” fungus that shrivels grapes and concentrates their sugar.

Tokaji Aszu first appeared in literature in 1576, but it was in the 17th century that the wine, also blended into Hungary’s National Anthem by the poet Ferenc Kolcsey, became a favourite of enthusiasts for its richness and complexity.

It is said France’s Louis XIV, the Sun King, described the wine as “the wine of kings and the king of wines.”

Winemaker Royal Tokaji says the $40,000 edition is the world’s most expensive wine on release. Other rarities may fetch higher prices at auction.

“We have made a conscious decision to propel what has always been the most valuable product of Tokaj back into a price range where Tokaj wine belongs, with an exclusive, customised presentation,” General Manager Zoltan Kovacs said.

A smaller, 0.4-litre bottle of “Essencia”, the richest and rarest of all Hungarian Tokaj wines according to the producer’s description, costs about $424 at online retailers.

So what justifies the whopping price tag for the 2008 vintage – the equivalent of four years of average take-home pay in Hungary or the price of a house in Tokaj?

The bottle is a 1.5-litre hand-blown magnum with a special cork made in Portugal after laser-scanning the neck. It sits in a lacquered black box, which shines light through the bottle at the press of a button. A longer maturation period adds hints of green tea and rose hip to the flavour.

There are only 18 bottles offered for sale, with the prospect of an increase in value, the wine will keep maturing in the bottle for decades or longer, said wine expert Matyas Szik.

“This is what significantly increases the value of this wine as an investment, as the time to deal with these wines in earnest will come 30, 40, 50 years from now, either to taste or to trade,” he said.

The first buyer did not wait that long – shortly after placing the order, an unnamed Chinese investor threw a party for clients where the wine was promptly uncorked, Kovacs said.

The high cost of the wine is also due to the scale of manual labour involved. The grapes are hand-picked one by one for a daily harvest of just 8-10 kgs in a good year. They are stored in containers where they produce a rich must.

“If we take this bottle, it required 180-200 kgs of shrivelled grapes to produce the 1.5 litres. So, all in all, it takes about a tonne of green grapes to make this bottle of wine,” Kovacs said.