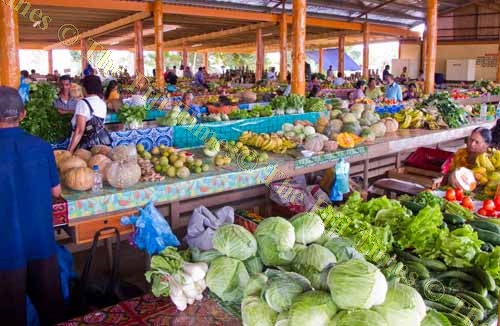 Western vendors are reporting an increase in the prices of vegetables. Picture: FT FILE

FIJI imports $40 million worth of vegetables and fruits annually.

He said this meant that farmers could take advantage of the high demand and supply the local markets.

He also told farmers that they focused a lot on cash crops and forgot that other commodities had markets where demands were high too.

Mr Kilawekana said there was a demand for fruits and vegetables locally.

“While we have the arable land to grow these commodities nobody has the idea to grow them,” he said.

“Here in the North where there is vast available land I do not see why farmers cannot grow these crops here (Labasa).

“We need to have farmers that can visualise and look at opportunities that can get them much needed income.”

Mr Kilawekana said there were imported fruits and vegetables that could be grown locally but were still being imported.

“Government will only import because these fruits and vegetables are in demand and so if farmers grow them locally there will be no need for demand and the import bill could be diverted to other areas where money is needed,” he said.

Meanwhile during the Lekutu district meeting in Bua last week villagers were also told that Joes Farm Ltd in Viti Levu were planning to begin a vegetable farm on Vanua Levu to meet demands in the division.