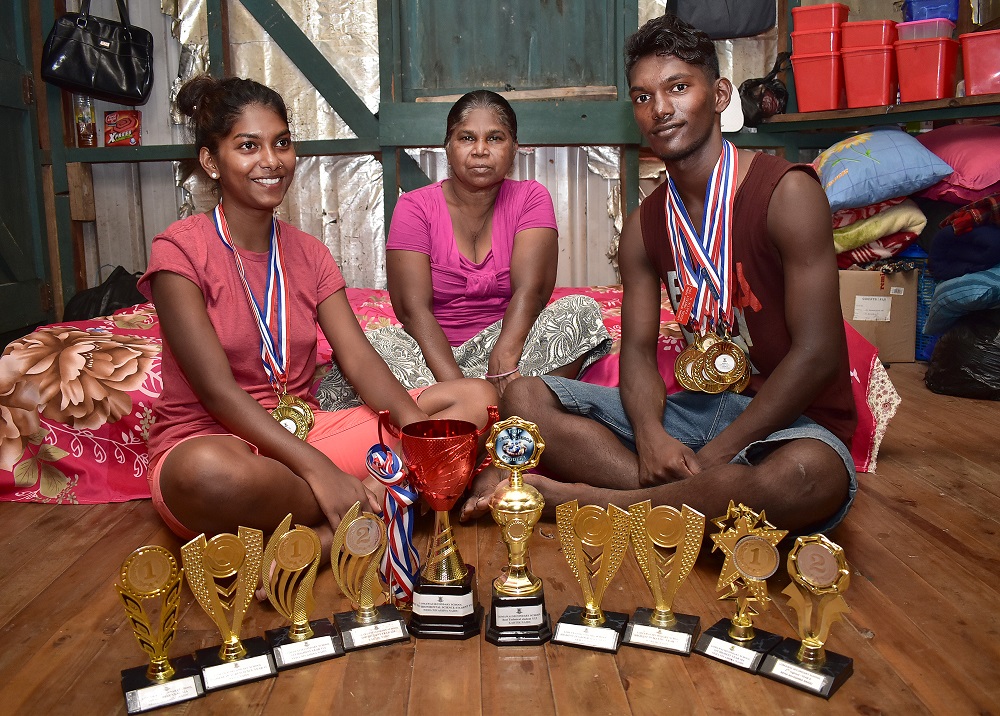 Kartik Krishan Naidu (right) with his sister Neha Nivashna Naidu with their academic achievements. Sitting in the middle is their grandmother Irrama Naidu. Picture: BALJEET SINGH

UNLIKE the hundreds of schoolchildren who are looking forward to starting school today, Kartik Krishan Naidu is praying he gets a scholarship to attend university.

He hopes for a National Toppers Scholarship to the University of the South Pacific to take the first step towards achieving his dream of becoming an electrical engineer.

Apart from his own education quest, Mr Naidu has a younger sister, Neha Nivashni Naidu, whom he also has to support as she prepares to finish her final year in high school.

From his early childhood days, Mr Naidu and his family suffered a series of misfortune.

His mother died when he was in Year 3 and since then, he got separated from his two siblings.

He lived with his father who was a canecutter in Lomolomo, Nadi.

His father, unfortunately, died in 2016 after drowning in waters off Lautoka.

This was not the end of his suffering.

In the same year, he was diagnosed with rheumatic heart disease.

As a result of living in impoverished conditions and spending time studying in dim lights, Mr Naidu’s eyesight had also deteriorated.

Tragedy had haunted the aspiring engineer’s life, however, he never let it get the better of him.

His sister had him lived at a relative’s place in Namata, a farming settlement in Lomawai, Nadroga.

His life revolved around the sugarcane belt where he did odd jobs as a young boy to support his own education.

Being displaced all their life, his family eventually moved to Koroipita community.

This provided them a new lease of life as they finally had a safe and affordable place of their own.

This reinforced his aspirations of completing university education, which would eventually enable him and his family to end their lifelong suffering of hardships.

“Right now toppers is my only source of hope,” he said.

“During the school holidays, I was doing some small jobs to assist my grandmother in buying our household items and some things that my sister needs.

“I am looking forward to studying at USP because I believe I have a bright future ahead of me.”

Passing his external exam was just icing on the cake.

The Koroipita resident said he would continue to work hard to fulfill his aspiration of becoming an electrical engineer while supporting his family and younger sister’s education.