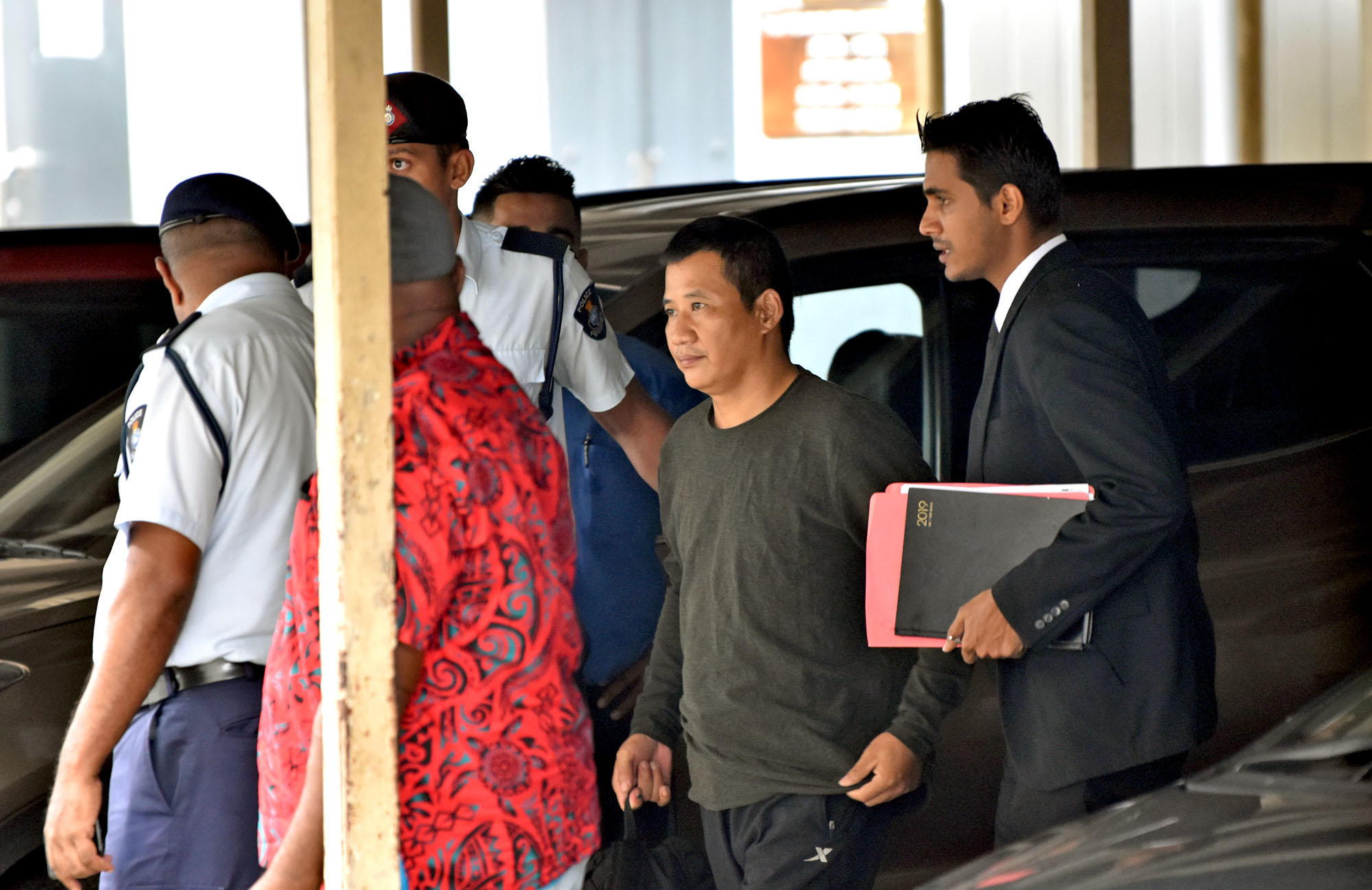 Wang Qi Yong is being escorted by police officers to the Suva cellblock after his first appearance at the Suva Magistrate Court on Tuesday, May 21, 2019. Picture: JONACANI LALAKOBAU

AN Asian national accused of allegedly killing an Asian woman in Namadi Heights, Suva, was denied bail by the Suva Magistrates Court.

The body of the victim was later found in her room by her flatmate.

Police prosecutor Sergeant Joshua Shaw served full phase disclosures and requested the matter be transferred to the High Court since it was an indictable offence.

In court yesterday, Mr Wang, with the assistance of a Mandarin interpreter advised the court that he wanted to seek a private lawyer.

Mr Wickramasekara transferred the matter to the High Court highlighting that it was an indictable offence and informed the accused that he may file a notice of alibi within the next 21 days if he wished to do so.

He said the court considered the offence of murder as a serious one and since Mr Wang held a Chinese passport, Mr Wickramasekara said there was a likelihood the accused would abscond bail.

The accused has been remanded.

The case has been adjourned to June 4.