As U.S. ‘superstar’ cities thrive, weaker ones get left behind 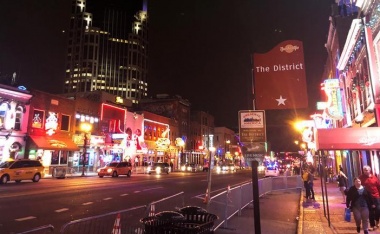 NASHVILLE, Tenn. (Reuters) – In the depths of the financial crisis, when the world was shunning debt and battening down for the worst, city officials here zagged in what seemed a preposterous direction and spent $600 million on a new convention center.

A decade later thousands of new hotel rooms soar over the site, including a 33-story Marriott that is just a tiny part of the investment and jobs boom that has made Nashville an envy of other cities trying to find their footing, an image cemented when Amazon announced it would put a 5,000-job logistics center here.

“Look at the skyline, see the activity – whether it is a Monday night or a Saturday night – the city is thriving,” said Tom Turner, president of the Nashville Downtown Partnership.

It is in many ways a positive story of how new winners can emerge even after a devastating recession. But it also represents a major fault line in the recovery that followed: Winning places like Nashville have won big, often for reasons that can’t obviously or quickly be replicated, while much of the rest of the country has struggled to stay even or slipped behind.

It is a schism that helped elevate Donald Trump to the presidency with his massive support in less populated and slower-growing areas. The divide is also preoccupying U.S. central bankers and economists worried about what happens if large portions of the country never bounce back.

“The superstar cities have pulled so far away,” said MIT economist Simon Johnson. He recently called for a $100 billion annual federal investment in basic research centered in cities like Rochester, New York, that have the base of universities and college graduates to compete as innovation hubs.

“There is no entity other than the federal government that has the capacity to move the needle on this.”

WHERE THE GROWTH IS … AND ISN’T

The U.S. economy entered a second decade of growth this month, marking the longest expansion on record.

In many ways the country has seemingly recovered from a 2007-2009 recession that was the worst downturn since the 1930s. Unemployment is near a 50-year low, household income has been rising, and the country is at a point in the business cycle when workers typically see their most robust gains.

But a Reuters analysis of federal data shows just how unevenly the spoils of growth have been divided.

In a ranking of 378 metropolitan areas by how their share of national employment changed from 2010 to 2017, 40% of the new jobs generated during that time went to the top 20 places, along with a similar share of the additional wages.

Those cities represent only about a quarter of the country’s population and are concentrated in the fast-growing southern and coastal states. None were in the northeast, and only two were in the “rust belt” interior – Grand Rapids, Michigan, and a rebounding Detroit.

Nashville ranked 11th on the list, keeping company with other southern towns like Charlotte and Atlanta, and the usual fast-growth suspects like Seattle and San Francisco.

The drop from there is steep. The next set of 20 cities captured about 10% of the jobs created from 2010 through 2017, close to their roughly 7.5% share of the population.

At the bottom, 251 cities, many spread across the heartland and in the industrial northeast, lost job share.