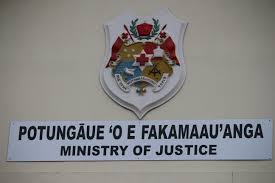 NUKU’ALOFA, 26 FEBRUARY 2019 (KANIVA TONGA NEWS) – Former Tongan Minister of Finance Sūnia Fili, who leaked the news of the unlawful transfer of Chinese money to Princess Pilolevu and her satellite company said part of the money was intended for Tongasat.

Fili said while he was Minister of Finance he was given an agreement document which said the government of Tonga and Tongasat had agreed to split the TP$90 million (US$38 million) 50 per cent each after deducting taxes.

He claimed it was up to the then Prime Minister to change the 50-50 per cent agreement and pay Tongansat the whole lot.

In September last year, the Supreme Court ruled that the payment of tens of millions of dollars of Chinese grant money to Princess Pilolevu’s satellite company was illegal.

The court said Tongasat was not entitled to the money.

The judgement by Lord Chief Justice Paulsen was in favour of the action brought by the Public Service Association (PSA), Prime Minister ‘Akilisi Pōhiva and the Kingdom of Tonga.

All these payments were approved and paid according to Tongasat’s requirement on May 11, 2012 while MP Sūnia Fili was Tonga’s Finance Minister.

It was reported at the time that Fili queried the then Prime Minister Lord Tu’ivakanō about the payments.

However, as Kaniva news reported in 2014, the government of Lord Tu’ivakanō said Fili was responsible for the payment made to Tongasat and if there was any doubt in his mind as to the legality of the arrangements made by the Sevele administration he should have sought legal advice from Crown Law before making the payment.

Fili said he queried the Prime Minister over the payment and said that in his response Tu’ivakanō jokingly told him to pay it otherwise the princess would “bake them in the ‘umu (oven).”

The illegal transference of the grant to Princess Pilolevu and her company was first reported by Kaniva Tonga News after Fili resigned, leaving the government for the Democratic Party in 2012.

An appeal seeking to overturn last year’s judgement will be heard at the Court of Appeal in April.