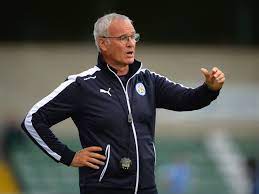 PORT FOURCHON, Louisiana, Oct 14 (Reuters) – On Louisiana’s south coast, in a key port servicing the U.S. offshore oil industry, a huge shipyard sits idle and in tatters. Where parts of the nine-bay terminal’s roof once hung, only a tangle of twisted metal beams is now visible while a side of the building is caved in.

More than a month after Hurricane Ida hit the sprawling harbor of Port Fourchon, where Bayou Lafourche meets the Gulf of Mexico, the destruction remains widespread even as a recovery effort continues apace. Giant containers lie flipped on their side and supply boats sit washed ashore, while the roads are lined with utility trucks and linemen working to rebuild power systems.

Operations at the port, which in normal times services the vast majority of oil produced in the U.S. Gulf of Mexico, ground to a halt after the storm hit in late August and currently are at about 60%, according to the port’s executive director, Chett Chiasson. It could be about another six months before the port is running at full capacity, he says.

The devastation of Port Fourchon and the surrounding area highlights the vulnerability of a key energy hub. It is also emblematic of the toll the industry is taking on Louisiana’s swampy coastline, according to some academics and environmentalists. They say the industry, which has brought great economic benefit, has contributed to the threats the area faces in terms of rising seas and stronger storms. That is both via the fossil fuel it extracts and by contributing to local coastal erosion through activities such as cutting canals into the wetlands that allowed saltwater intrusion and killed off protective natural vegetation.

Some academics question whether efforts to fortify the port’s infrastructure and longer-running projects to shore up the coastline will be sufficient to avoid similar disasters happening again.

“The oil and gas industry has done a lot of damage to our coast,” said Tulane University geology professor Torbjorn Tornqvist, who specializes in wetland losses. A lot of the people who have close ties to the industry are those “that are among the most vulnerable in the country to climate change,” he said.

“The question is more ‘when’ than ‘if’,” places like Port Fourchon disappear, he added.

Chiasson, the public official in charge of the port, said he doesn’t agree as it relates to Port Fourchon. “Our resilient design structure, and the coastal investments near our port will keep us in tact and operating well in to the future,” he said.

Those involved in the industry say they are committed to addressing the environmental threats facing the area. The Louisiana Oil & Gas Association (LOGA) said that during the five years through 2019 the industry provided $226 million to government agencies – in leasing fees and royalties from oil or gas sales – that was diverted to state and federal conservation projects. In addition, the industry has provided support in other ways, such as companies allocating land for flood management, the association said.

“Far from being the cause of wetlands loss, the oil and natural gas industry has led the way to address the issue,” said Mike Moncla, president of the association. He added that following the hurricane it had contributed more than $10 million to local relief efforts for residents.

A U.S. Geological Survey study published in 2000 found that oil and gas activities had contributed to more than a third of the state’s coastal wetlands loss – higher than any other factor. Louisiana’s oil and gas industry generated some $62.6 billion in revenues in 2019, according to the Louisiana Mid-Continent Oil and Gas Association, another industry trade group.

Many businesses say they remain committed to the port. Offshore vessel operator Edison Chouest Offshore, the operator of the damaged nine-bay shipping terminal known as C-Port 2, did not respond to requests for comment.

Surrounded by gator-filled bayous, Port Fourchon is the state’s southern most port. An elevated two-lane highway, which hovers above the water, connects it to the nearest town about 20 minutes away.

The port was created in 1960 by the Louisiana Legislature and grew into a critical supply and service hub for oil producers as deepwater exploration blossomed.

Many of the nearly 100,000 people living in Lafourche parish – where the port sits – depend on the industry. “Unless you’re a teacher, in some kind of way you’re related to the oilfield,” said 59-year-old Kenny Johnson, a captain on a towboat operated by a fuel distributor.

When Hurricane Ida struck, it lashed Port Fourchon with maximum sustained winds of 150 miles per hour. Port officials said it was the strongest hurricane to hit Port Fourchon since its creation. That includes Hurricane Katrina, which pummeled Louisiana 16 years earlier but came ashore 60 miles east.

More than 95% of U.S. Gulf of Mexico oil production was temporarily suspended, according to the offshore regulator. The Gulf supplies nearly a fifth of the nation’s oil, which feeds the manufacture of fuel for transport and of plastics for use in everything from drinking cups to medical devices.