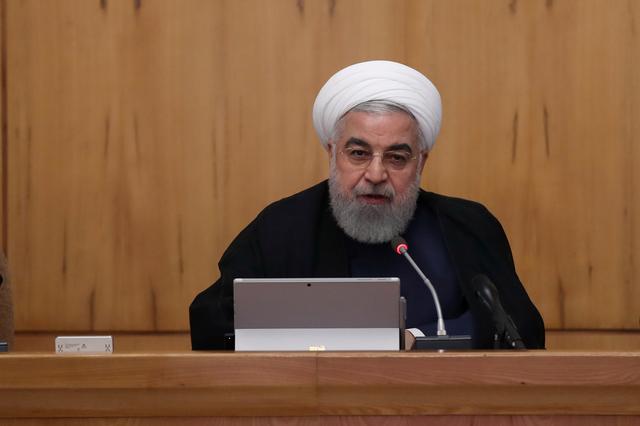 UNITED NATIONS/DUBAI/PARIS (Reuters) – The chances of a meeting between U.S. President Donald Trump and Iranian President Hassan Rouhani while they are both in New York next week for the annual gathering of world leaders at the United Nations have dwindled since an attack on Saudi oil facilities.

As the world waits to see what happens next and Washington and U.N. Secretary-General Antonio Guterres suggested the U.N. Security Council has a role to play following Saturday’s attacks, some attention has turned to when and how it could.

“I’m confident that in New York we’ll talk a lot about this and that the Saudis will too,” U.S. Secretary of State Mike Pompeo said on Wednesday when asked if the United States would take the issue to the 15-member body, which is charged with maintaining global peace and security.

He added on Thursday: “We’d like a peaceful resolution, indeed I think we’ve demonstrated that.”

The United States and its ally Saudi Arabia blame Iran for the attack on the world’s biggest crude oil processing facility and have said they will present evidence to back that up. Yemen’s Iran-aligned Houthi group, which has been fighting a Saudi-led military coalition since 2015, has claimed responsibility.

Saudi U.N. Ambassador Abdallah Al-Mouallimi wrote to the Council on Wednesday to formally report the attack and to invite U.N. experts to “participate in the investigations,” according to a letter seen by Reuters.

“All preliminary signs and indicators reveal that this attack did not emanate from Yemeni lands as claimed by the terrorist Houthi militia, and that the weapons used were Iranian made,” wrote Al-Mouallimi.