Arsenal sign left back Tierney from Celtic for 25 million pounds 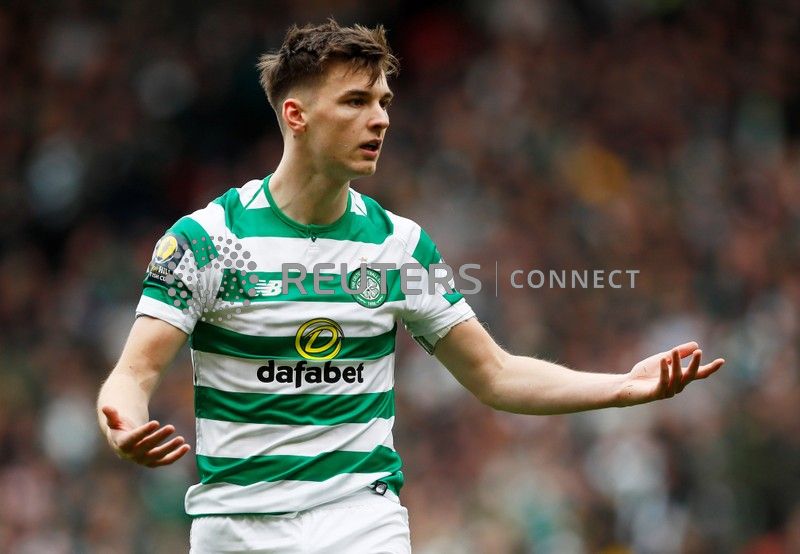 (Reuters) – Arsenal have bolstered their defence with the signing of 22-year-old Scotland international left back Kieran Tierney from Celtic on a long-term deal, the clubs confirmed on Thursday.

“Celtic agreed to permanently transfer registration of Kieran Tierney to Arsenal Football Club for a record single amount of 25 million pounds,” the Scottish club said in a statement.

Tierney, who came up through Celtic’s youth ranks and helped the Scottish club seal a domestic treble last season, is Arsenal’s fifth recruit of the transfer window.

They also signed Brazilian Gabriel Martinelli, Dani Ceballos on loan from Real Madrid, centre back William Saliba, who has been loaned back to St Etienne for the season, and winger Nicolas Pepe in a club record deal last week.

“We’re delighted Kieran is joining us,” Arsenal boss Unai Emery said. “He’s a very talented player who will continue to improve. He increases our options defensively and I look forward to him joining our group.”

Arsenal, who finished fifth last season and missed out on qualifying for the Champions League, have been looking to add defenders to their squad following the departures of Laurent Koscielny, Carl Jenkinson and Stephan Lichtsteiner.

The north London club are also linked with Chelsea defender David Luiz, with British media reporting he could join the club on a two-year deal on deadline day.

Emery’s side begin their league campaign at Newcastle United on Sunday.