Armed group kills 11 in a bar in northern Brazil 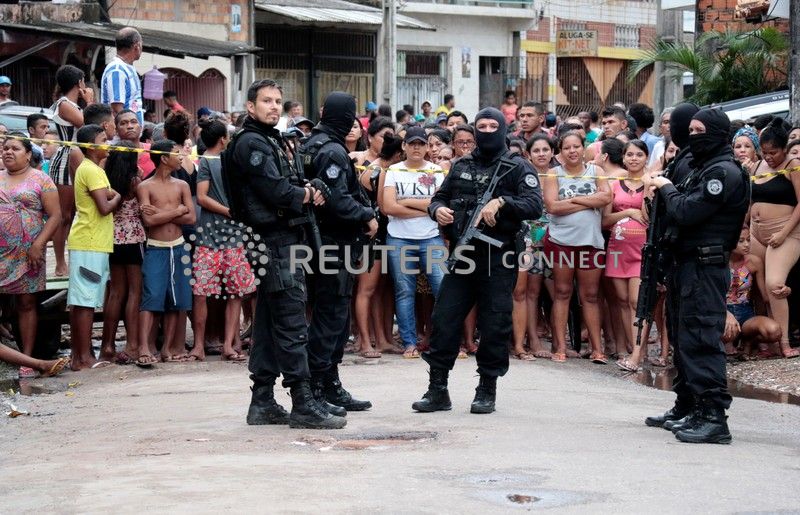 Policemen are seen at a site where, according to local media, an armed group entered and opened fire at a bar, killing and wounding its patrons, in Belem, Para state, Brazil May 19, 2019. REUTERS/Mauro Angelo

SAO PAULO (Reuters) – An armed group entered a bar in the Brazilian northern city of Belem on Sunday and fired at patrons, killing 11 people and leaving one wounded, according to local media reports.

The armed group, whose members were wearing masks to cover their faces, arrived in cars and a motorbike before shooting dead six women and five men in the bar in a poor, violent neighbourhood in the capital of Para state, said G1 news website.

There was no information regarding possible motivation for the crime and no arrests had been made by early Sunday evening. The identities of the victims were not given.

Some videos taken right after the shooting were posted on social media, showing slain people laying on the ground and a dead woman on top of the bar’s counter.

The killings took place in the Guamá neighbourhood, one of the seven most violent spots in the metropolitan Belem area where federal troops were sent in March to boost security.

There were 756 violent deaths in Para state in the first quarter.