Armed forces to remain on standby 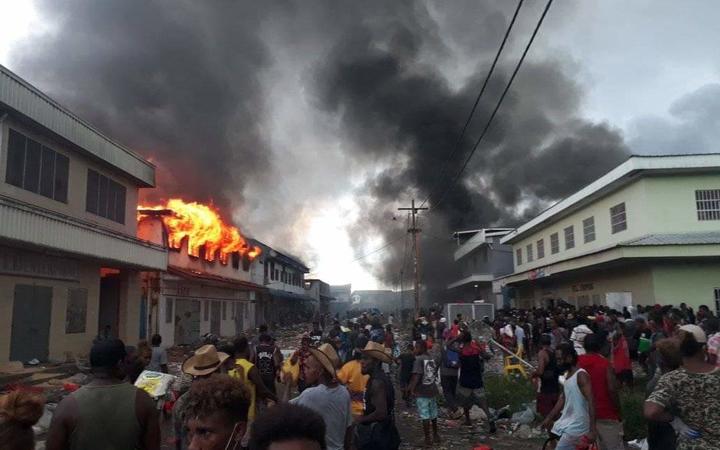 While military presence will be scaled down in Honiara, Solomon Islands, contingents from the Fijian, Australian and New Zealand armed forces will remain on standby to ensure stability in the island nation.

This, according to Chief of the Australian Defense Force, General Angus Campbell.

He said the police-led effort of restoring stability in the Solomon Islands would continue.

General Campbell commended the cooperation between Fiji, Australia and New Zealand in their effort to restore stability in Honiara.

“This has been very much an effort that combines both nations and services; police and military, Australia, Fiji and New Zealand’s public are working together,” he said.

“We ensured they stayed in close contact with other partners in the region, that they were kept aware of how things have progressed.

“People are pleased that violence and looting and all forms of lawlessness have stopped and there is now, perhaps, some reflection that violence does not produce outcomes of benefit to anyone.

“We will scale down the military presence across the nations but we will have forces on standby if necessary and the police-led effort will continue.”

General Campbell said they wanted to ensure the message of peace, stability, confidence was restored.

He said the message to the people and the Solomon Islands government was that issues or disagreements should be resolved peacefully and through parliamentary and popular processes.

Republic of Fiji Military Forces Commander Brigadier General Jone Kalouniwai declined to comment to the media on the issue.