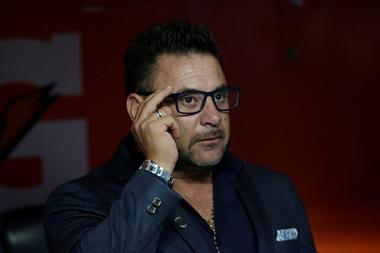 Mohamed replaces Cuca, who resigned in December after a hugely successful year in which Atletico won the Brazilian league for the first time since 1971 as well as the Copa do Brasil and the Minas Gerais state championship.

Mohamed, who is closely linked with Mexican club Monterrey where he spent two spells, has also coached in Spain and Argentina.

He signed a deal until December, 2022 and will begin work on Monday, said Atletico’s director of football Rodrigo Caetano.

“Many coaches were offered to us from several different nations but his way of playing, with a high press, wanting to control the game, made us choose him,” Caetano said. “I hope he can repeat his good work here at Atletico.”

Known as “El Turco” (The Turk), the charismatic Mohamed was named the best coach in the Mexican league in 2015 and 2016.

He takes charge of a club who have one of Brazil’s most talented squads, with internationals from Brazil, Argentina, Chile and Uruguay in their ranks.