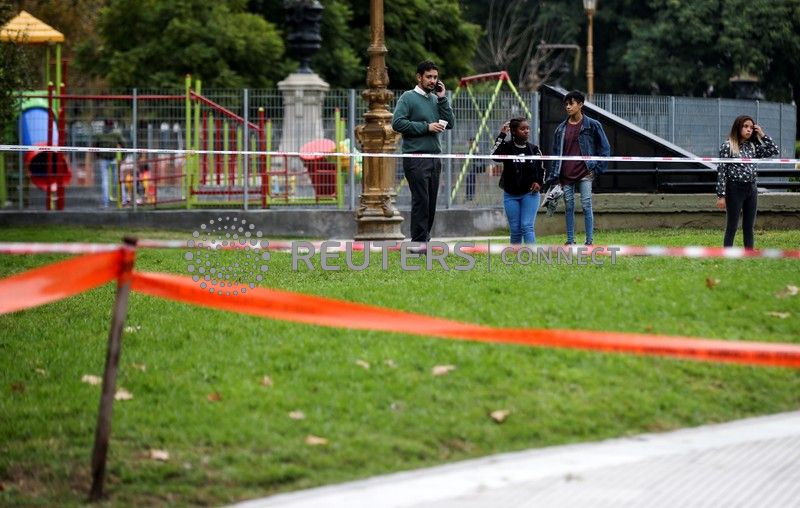 FILE PHOTO: Pedestrians react at the crime scene where Argentine Congressman Hector Olivares was injured and his adviser, Miguel Yadon was killed in an attack near the National Congress in Buenos Aires, Argentina May 9, 2019. REUTERS/Agustin Marcarian

BUENOS AIRES (Reuters) – Argentine lawmaker Hector Olivares died on Sunday after he was shot in what authorities called a “mafia-style” attack outside Congress in downtown Buenos Aires on Thursday, according to state-run news agency Telam.

Olivares underwent surgery after being shot and had been listed in “serious condition,” officials said. But he died at Ramos Mejia hospital in Buenos Aires, Telam reported, citing police and judicial sources.

Government aide Miguel Yadon was also shot in the attack and died at the scene.

Argentine authorities announced the arrests of members of a mafia gang on Friday. Security Minister Patricia Bullrich said that all members of the group had been detained, including one who had fled across the border to Uruguay.

Local officials and media have indicated the motive was personal, rather than political, and that the gang had targeted Yadon specifically.