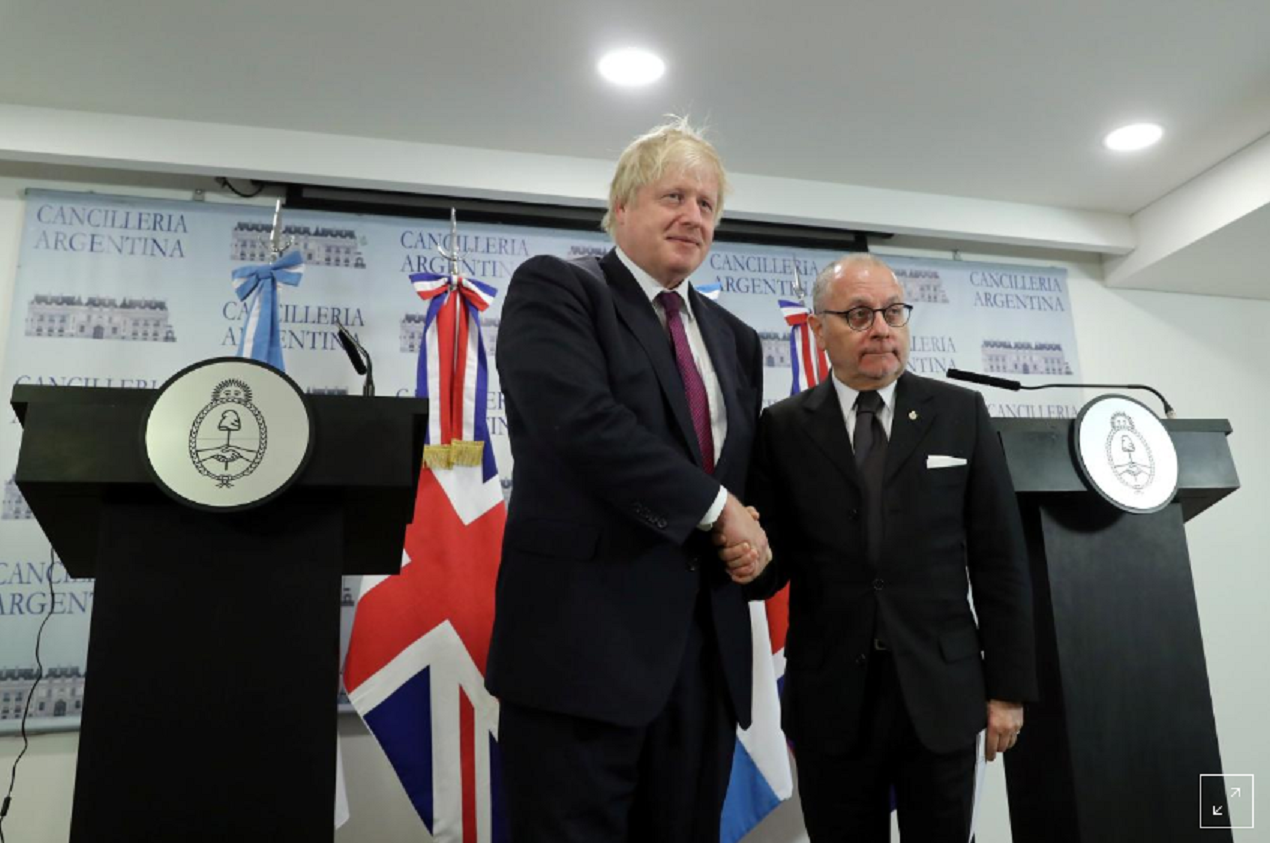 Two of the carriers are based in Chile, two in Brazil and one in Uruguay, Faurie said in a joint news conference with British Foreign Secretary Boris Johnson, without naming them.

LATAM Airlines operates the only flight to the Falkland Islands from South America, once a week from Chile. Once a month the flight stops in Rio Gallegos, Argentina. The new flights would originate outside Argentina, with a stopover in the country.

A decision on the new flights will be made in coming months, Faurie said.

“I certainly intend to be among the first passengers,” Johnson said.

Argentina and Britain have been seeking better ties in recent years despite competing sovereignty claims to the British-held islands 500 kilometers off Argentina’s coast. Johnson’s visit for a G20 meeting was the first by a British foreign secretary to Argentina in 22 years.

During Britain’s two-month war to reclaim the Falklands in 1982, 255 British troops and about 650 Argentine soldiers were killed. The majority of the Argentines who perished were on a Navy ship that sank.

The two nations also reached a deal to allow forensic scientists to identify the remains of unknown Argentine soldiers buried in the Darwin Cemetery, leading to an unprecedented trip by Argentine relatives in March.