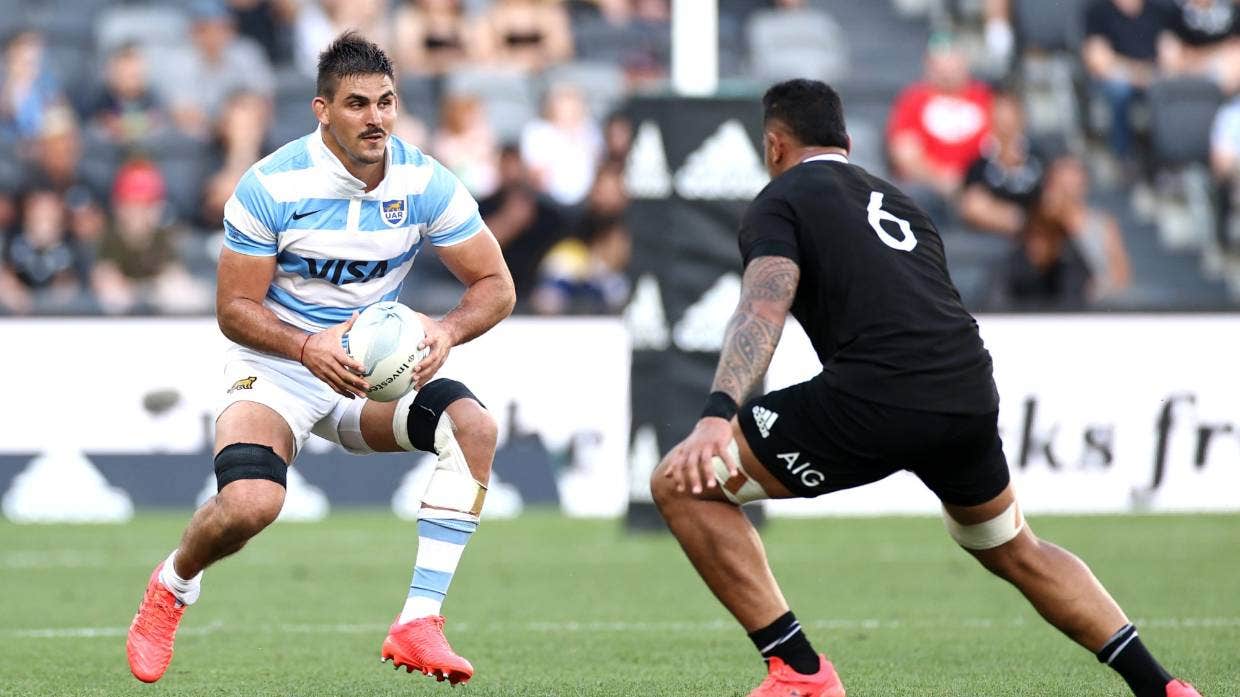 Speculation that Pumas skipper Pablo Matera will play for the Crusaders next year. CAMERON SPENCER/GETTY IMAGES

Argentina captain Pablo Matera wanted to join the Crusaders, and they didn’t hesitate to offer him a one-year deal ahead of the 2022 Super Rugby season.

The Crusaders, surely, could hardly believe their good fortune when they got the call to say big aggressive loose forward Matera was keen to relocate to Christchurch after completing his obligations with French club Stade Francais and the Pumas.

Here’s how the Crusaders got lucky: Matera’s representatives fired out a message, NZ Rugby were convinced it was a good thing, and it was sorted in a matter of weeks.

Crusaders CEO Colin Mansbridge made it sound as if it was a simple transaction.

Perhaps it wasn’t as easy as he made out, and you would expect NZ Rugby requested maximum information as to why a foreign player should be allowed to join the Super Rugby Aotearoa champions ahead of a young Kiwi, but you could imagine Crusaders coach Scott Robertson wasn’t going to allow the deal to collapse.

Robertson has yet to re-sign with NZ Rugby and the Crusaders, it would be a major bombshell if they let him get away, but if he needed extra incentive to stay surely the chance to work with a player of Matera’s calibre is it.

Matera, the man who led the Pumas to their first-ever win over the All Blacks in Sydney in November and with 60 test caps to his name, is one of the best in the world at hitting hard in the tackle, hunting for turnovers and working like a tank off the pill.

His magnificent effort for the now-defunct Jaguares in the Super Rugby final against the Crusaders in Christchurch 2019 says it all: he was named man-of-the-match after 17 carries and 9 tackles in the 19-3 defeat.

With prop Samoa international prop Michael Alaalatoa already committed to English club Leinster, the Crusaders were able to bring Matera in as a player who isn’t eligble for the All Blacks.

“If you go through loose forwards at the moment, you could probably say there is not enough to go around the competition – which would be a way of describing it,’’ Mansbridge said.

“There’s an understanding of why Pablo would look good on our roster.’’

While the Crusaders already have a clutch of hard-working loose forwards on their roster, Cullen Grace is their only All Black in the position of No 8, openside and blindside flanker.

Crusaders head coach Scott Robertson described Matera as “one of the premier loose forwards in world rugby’’ in a statement.

The Crusaders are still working through the “finer details’’ of the transfer, with securing a visa expected to be part of that process.

“They prioritise their young players, from their academies. It’s very good, but you can’t take the place of a youngster.’’

Matera was also mired in controversy last year. The Pumas captaincy was taken off him and he was suspended, along with two team-mates, for offensive messages posted on social media between 2011 and 2013.

He apologised for the “to all those who were offended by the barbarities that I wrote.’’

Mansbridge said the Crusaders took Matera’s behaviour into account before signing him.

”We have drawn the conclusion that Pablo made an error of judgement,’’ Mansbridge said. “We don’t condone it any way, shape or form but we don’t think it’s reflective of his whole character. We think he is remorseful, then and now.’’