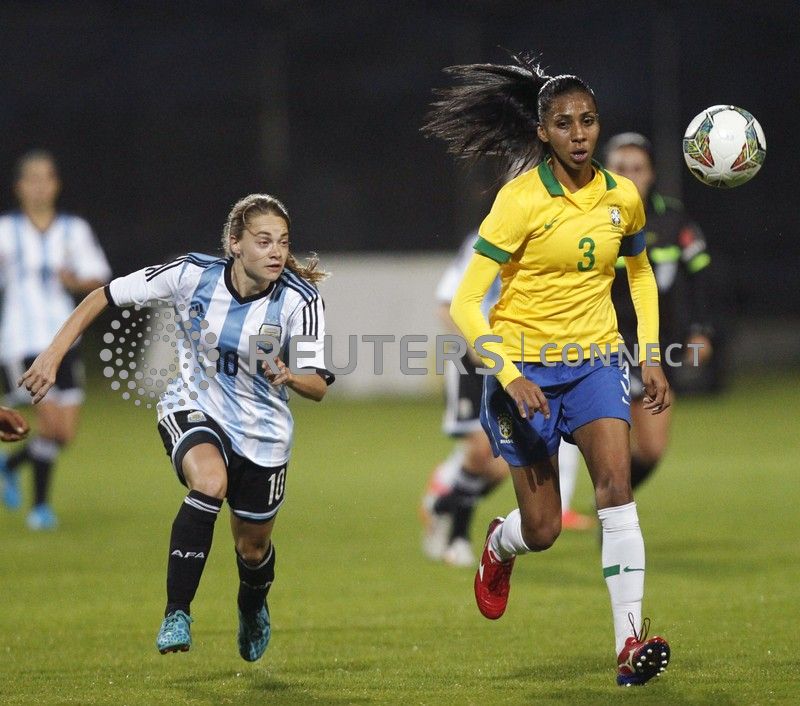 (Reuters) – Argentina announced its squad for the women’s World Cup on Wednesday, with coach Carlos Borrello calling up nine professional players and drafting in the rest from the country’s domestic amateur league.

Argentina does not have a professional women’s league of its own but several players, including forward Sole Jaimes, veteran midfielder Mariela Coronel and co-captains Florencia Bonsegundo and Estefani Banini, ply their trade in Europe.

Jaimes was part of the Olympique Lyonnais side that won the Champions League last week, but Argentina will consider themselves fortunate if they can escape Group D, which includes England, Japan and Scotland.

Argentina, who are making their third appearance at the women’s World Cup and are ranked 37th in the world, have never won a point at the tournament.

They face 2011 champions Japan in their opening match on June 10 and third-ranked England four days later before wrapping up their group campaign against 20th-ranked Scotland on June 19.

Nearly half of Argentina’s squad have played fewer than 20 games for the national team but Bonsegundo believes they can still create history by winning their first-ever match at the World Cup.

“We want to do it and we believe we can,” she said in an interview with FIFA earlier this month. “It would be historic.

“I’m proud and pleased to be representing my country and to be one of the leaders in the team. I’ve been in the national side for more than 10 years now and it’s reward for a lot of effort.”