Argentina announces new round of currency controls amid economic crisis 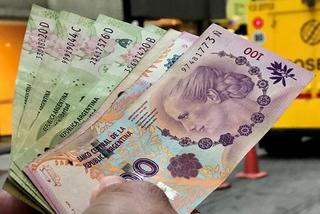 The new measure requires anyone purchasing foreign currency to present a sworn oath promising to wait at least five days before using it to purchase bonds.

Under previous regulations, a buyer could use the foreign currency to purchase a bond and then immediately sell it at a more favorable exchange rate, turning a quick profit of 5 to 7 percent, traders said.

The initial restrictions limited the purchase of dollars, and required companies seek permission from the central bank to access the foreign exchange market to purchase foreign currency and make transfers abroad.

Macri’s decision to implement the controls came after opposition candidate Alberto Fernandez and Fernandez de Kirchner, who is now his vice presidential candidate, pulled off a stunning upset in the Aug. 11 primary vote.

The shock result sent bonds, stocks and the peso currency plummeting on market fears over a potential return to the interventionist policies of Fernandez de Kirchner’s previous government.