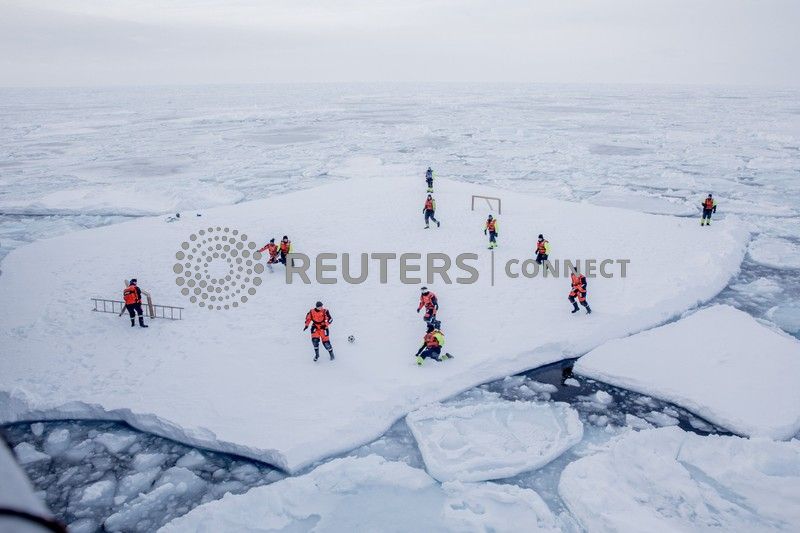 FILE PHOTO: KV Svalbard's crew, formed by Norwegian Navy privates and scientists from Norwegian Institute of Marine Research, play soccer as they are protected from polar bears by armed guards in the arctic environment in the sea around Greenland, March 22, 2018. Marius Vagenes Villanger/Kystvakten/Sjoforsvaret/NTB Scanpix via REUTERS

HELSINKI (Reuters) – The Arctic region’s co-operation in the battle against global warming by reducing black carbon emissions is being hampered by the United States and Russia, the Finnish foreign ministry said on Wednesday. Black carbon, the soot produced by burning fossil fuels and biomass, is an atmospheric pollutant that is particularly problematic in the […]