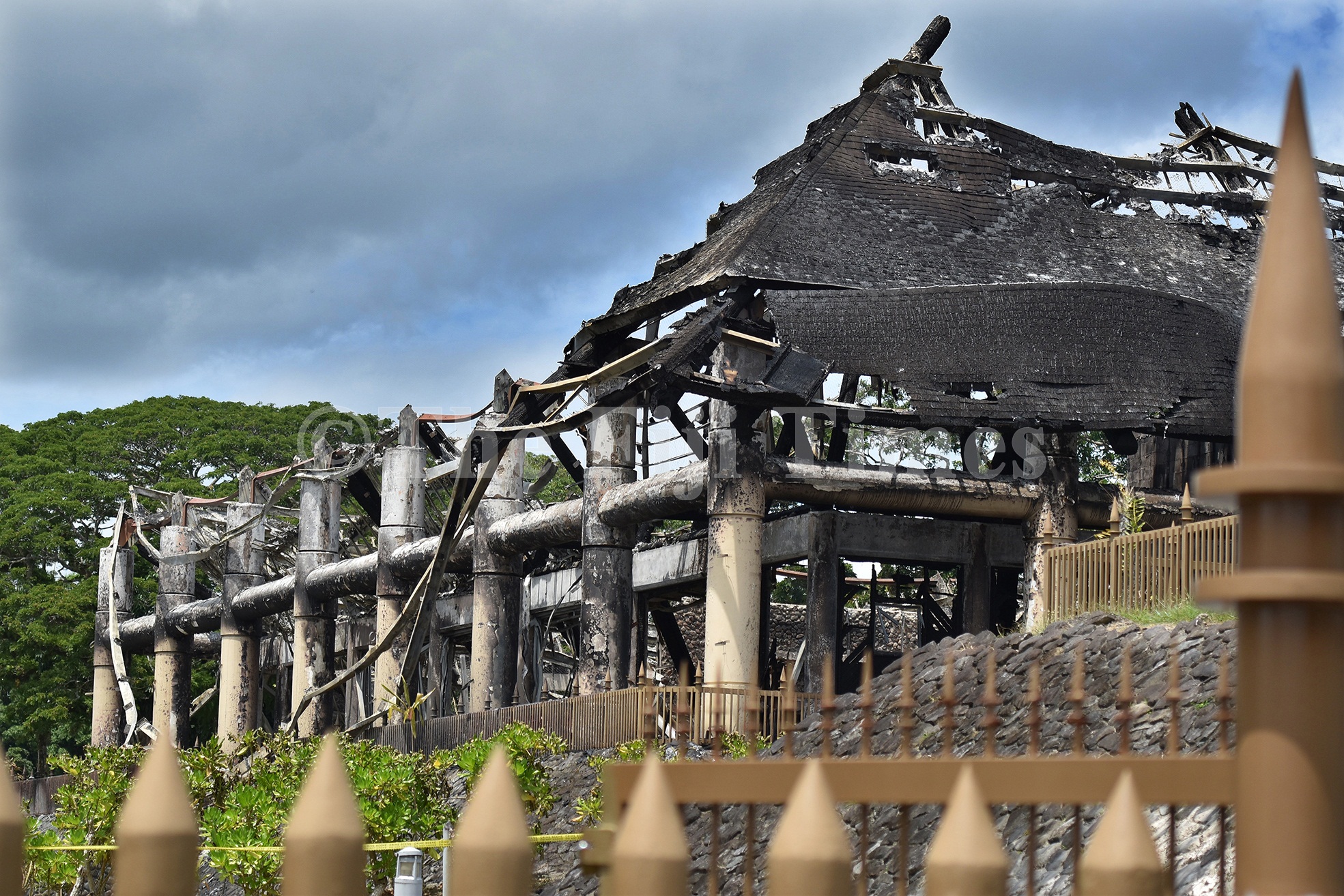 The remains of the GCC complex which was burnt down last month. Picture: RAMA/FILE

THE Great Council of Chiefs complex had a fire protection service system that could have detected any fire within the building.

While not dismissing the investigations by the National Fire Authority and the Fiji Police Force which revealed the building was razed to the ground by a mosquito coil, architectural designer of the building Ulaiasi Baivatu said this could only happen if the timber structure of the building had aged or were highly combustible.

Mr Baivatu said the building was implemented with fire detectors that were wired and connected to the National Fire Authority (NFA) which could notify them of any fire incidents.

“Apart from this there is a waterway that surrounds the building to assist in a fire allowing NFA to put pumps in the waterway and douse the building easily,” he said.

“There is also a fire hydrant beside the building that could have been used in any case of an emergency.

“The fire protection service system in the building was a standard and able one and its robustness enabled it to be passed by electrical engineers.”

Mr Baivatu said the ability of the system to detect fires depended on whether it was serviced as per standard requirements.

Meanwhile owner of Irwin Alsop Pacific, Warren Yee, whose firm endorsed and passed the fire system in the complex, said the system had complied with standard requirements.

Mr Yee confirmed that they designed the fire protection service system of the building which needed to be serviced after a lapse of 12 months.

“Our scope of contract during the construction stages of the building was designing the system and I can vouch that it was one of the very best,” he said.

“The automatic fire alarm system implemented in the building enabled NFA to detect fires within the building. “Fires of the nature that razed the building to the ground need the right environment and accelerant to get it out of control.”